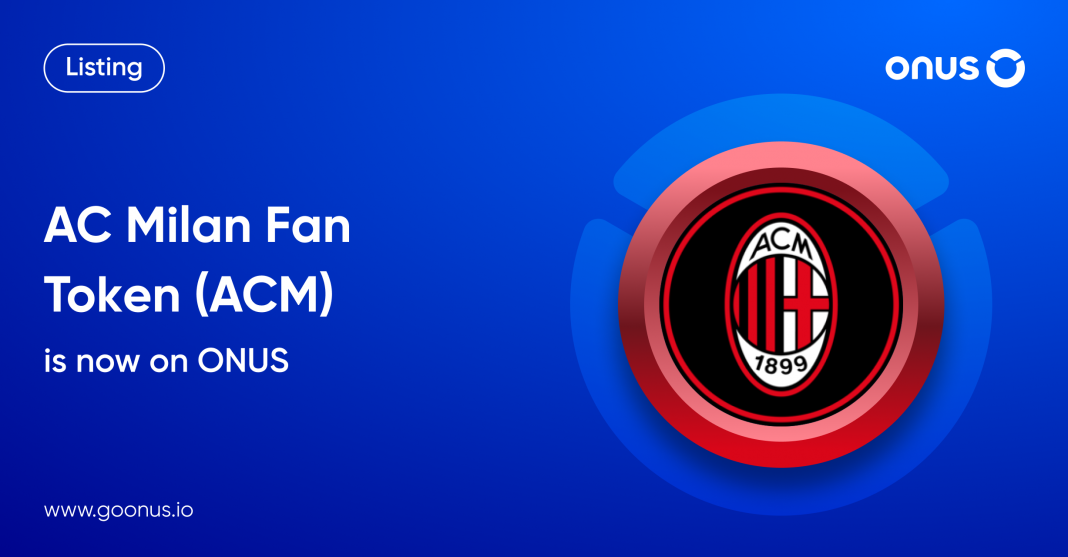 From May 21st, we officially list AC Milan Fan Token (ACM) on the ONUS application. Soon after ACM is added, users can perform the following features:

Associazione Calcio Milan, commonly referred to as AC Milan or simply Milan, is a professional football club in Milan, Italy, founded in 1899. The club has spent its entire history, with the exception of the 1980–81 and 1982–83 seasons, in the top flight of Italian football, known as Serie A from 1929-30.

AC Milan’s 18 FIFA and UEFA trophies are the fourth highest out of any club (joint with Boca Juniors), and the most out of any Italian club. Milan has won a joint-record of three Intercontinental Cups and one FIFA Club World Cup, seven European Cup/Champions League titles (Italian record), the UEFA Super Cup a joint-record five times, and the Cup Winners’ Cup twice. With 18 league titles, Milan is the third most successful club in Serie A, behind local rivals Inter Milan (19 league titles) and Juventus (36 league titles). They have also won the Coppa Italia five times, and the Supercoppa Italiana seven.

What is ACM Token?

AC Milan Fan Token (ACM) is a utility token that gives AC Milan fans a tokenized share of influence on club decisions using the Socios application and services. ACM can be used to: