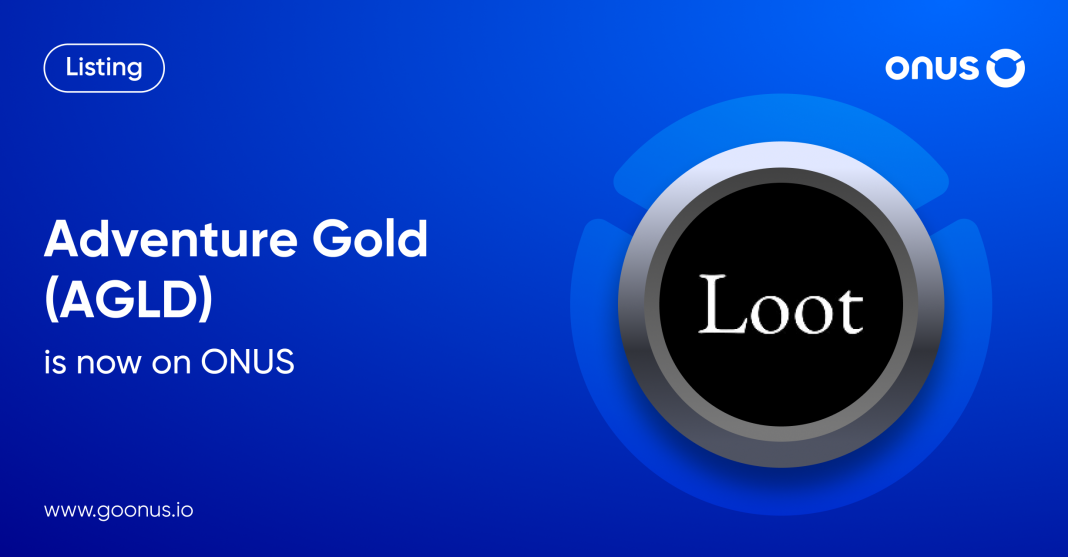 From April 17th, we officially list Adventure Gold Token (AGLD) on the ONUS application. Soon after AGLD is added, users can perform the following features:

Loot is an NFT collection of 8,000 different random item bags, each containing unique exploration gear, released by Vine Co-Founder – Dom Hofmann. The remarkable thing is that in these NFT bags, there is absolutely nothing but a piece of paper full of words, with the names of tools and items in them such as belts, rings, gloves, leather armor,… New point of release, August 27, 2021, the number of bags is limited to 8,000 bags, and anyone can get it for free (must pay a gas fee). However, after only 4 hours, all the NFT bags were empty. Loot has officially been minted since September 5, 2021.

Many investors may be surprised why a “bag” of items filled with texts can cost up to 420 Ethereum (equivalent to 1.6 million USD). The unique creative feature of Loot lies in this very piece of paper. Loot’s NFT development mindset does not limit the community’s creativity; users can draw their own stories and characters and create their images of items in the Loot bag. Many Art products, Metaverse,.., are built from things related to Loot. Vitalik Buterin, the Founder of Ethereum, also has to praise this idea of ​​Loot.

What is AGLD Token?

AGLD is a native token of the Adventure Gold ecosystem, operating on Ethereum according to ERC20  standard, and can be used to vote on project changes. In the future, the use cases of the AGLD token will further expand as the Loot NFT space grows.