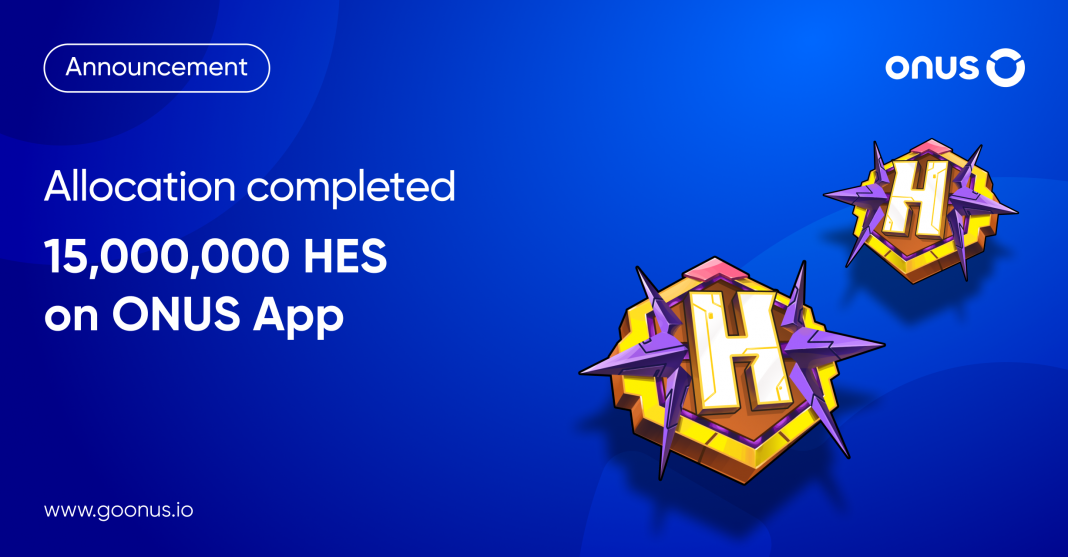 At 7:00 AM UTC on May 27th, ONUS completed the subscription format Launchpad for Hesman Token (HES). The final token allocation results are now showing in-app on the HES Launchpad feature. With an initial price of 1 HES = 0.02 USDT, the launchpad for HES has a total value of 300,000 USDT.

At 02:00 PM UTC on May 27th, the system will directly send HES to your ONUS account (you do not need to claim tokens). You just need to open the app and check the amount of HES received, along with the remaining ONUS tokens. You will receive 100% of the purchased HES, 25% of which are unlocked for immediate trading. The remaining 75% will be automatically opened in the next three months (25% per month).

Users need to access Launchpad to receive their remaining ONUS.

Disclaimer: Projects on ONUS Launchpad are released by ONUS partners, ONUS only acts as an intermediary platform to support token sales to the community. ONUS has no obligation to guarantee the exchange rate of the token after the open sale event but entirely depends on the market. Investors should carefully learn the information about the project and take responsibility for your investment decisions.

At the time of listing, the following features will be enabled simultaneously:

About Hesman and Token HES

Hesman Legend was released on the 30th anniversary of the publication of “The Hero Hesman” – a comic series associated with Vietnamese youth of the previous generation. Hesman Legend and artist Nguyen Hung Lan brought the image of Vietnamese superheroes to the world, revived the youth dream of the previous generation, and inspired the national spirit of the modern youth.