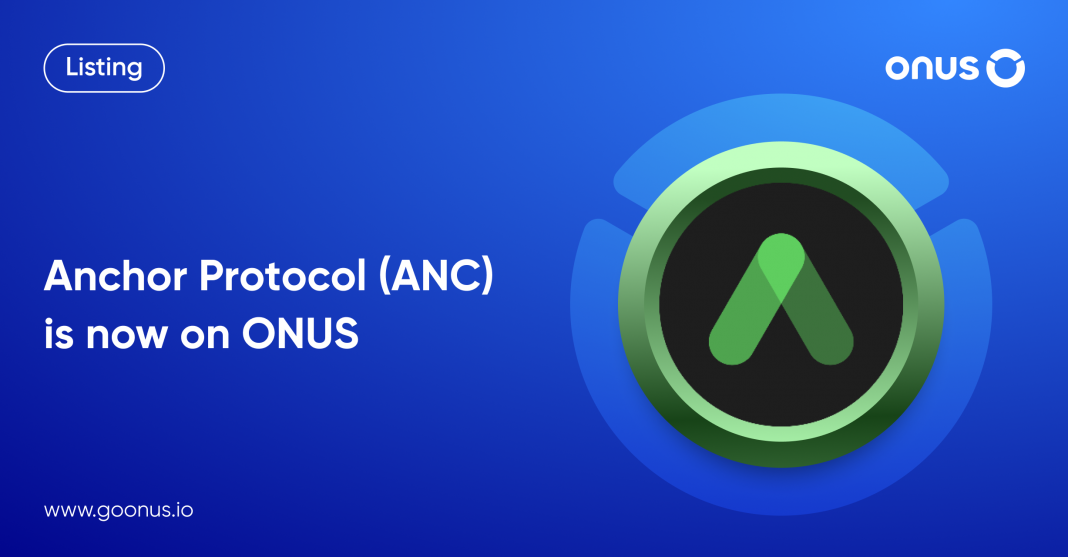 From February 13th, we officially list Anchor Protocol Token (ANC) on the ONUS application. Soon after ANC is added, users can perform the following features:

Anchor Protocol (ANC) is a lending and borrowing protocol on the Terra blockchain. It uses an over-collateralized architecture to allow users to lend, borrow and earn interest with their digital assets.

Anchor Protocol was created to drive demand for TerraUSD (UST), the stablecoin of the Terra ecosystem by allowing users to deposit UST to earn a low-volatility interest rate, which is amongst the highest among stablecoins at ~19.5%. In addition, Anchor Protocol also allows users to lock up Bonded Assets (bAssets) as collateral and borrow stablecoins below the protocol-defined loan-to-value (LTV) ratio.

What is ANC Token?

ANC is a governance token of the Anchor Protocol ecosystem, operating on Terra according to CW-20 standard, and can be used to: