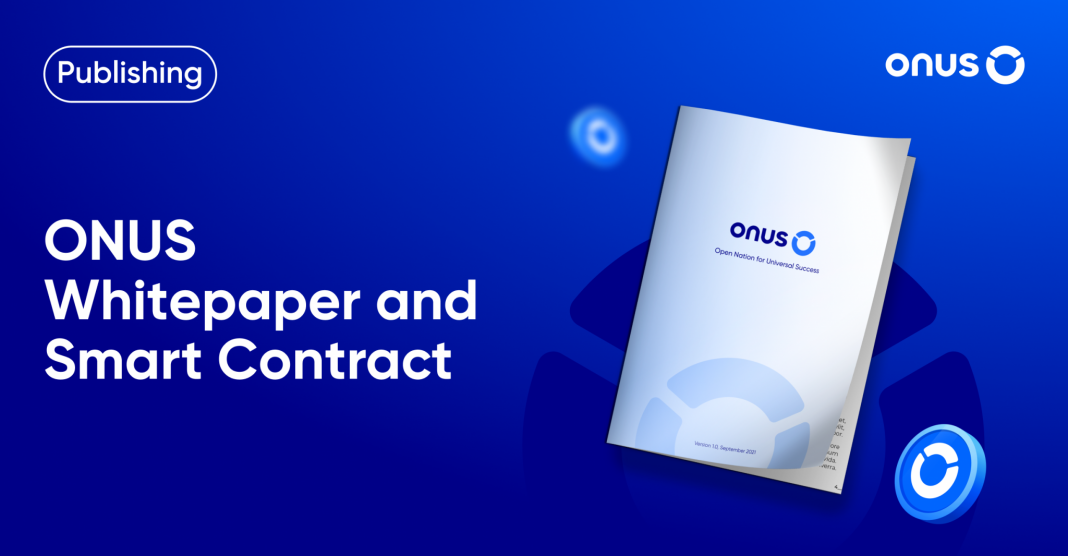 As mentioned in the previous announcement about the restructuring of VNDC and the upgrade of VNDC Wallet, now ONUS with the goal of becoming a global application. Today, after more than two months of preparation, we would like to officially publish the new ONUS Whitepaper and Smart Contract, completely replacing VIDB to operate in the entire ONUS ecosystem.

This whitepaper is the most crucial thing about the ONUS application and ONUS token ecosystem that our development team wants to share with the whole community. This includes: ONUS results, ONUS business model, ecosystem and values, the following expansion roadmap, ONUS Buy & Burn policy, and the story we want to share about a vision to make ONUS the app used by millions of people around the globe.

In particular, ONUS’s Smart Contract has been audited by partner Certik. All 100% of the problems have been fixed before the Smart Contract is deployed on 03 Blockchain networks, according to a detailed audit certificate from Certik: https://www.certik.org/projects/onus

Plan to convert from VIDB to ONUS

The amount of VIDB circulating on VNDC & exchanges (DEX, CEX) will be turned into ONUS at the ratio 1:1 (1 VIDB = 1 ONUS). The conversion process is as follows:

On the ONUS app, all user rights related to VIDB will be preserved. The VIDB Shares feature will change its name to ONUS Shares in preparation for the ONUS app’s big update.

Once the conversion is complete, VIDB will no longer be used by both VNDC & ONUS.