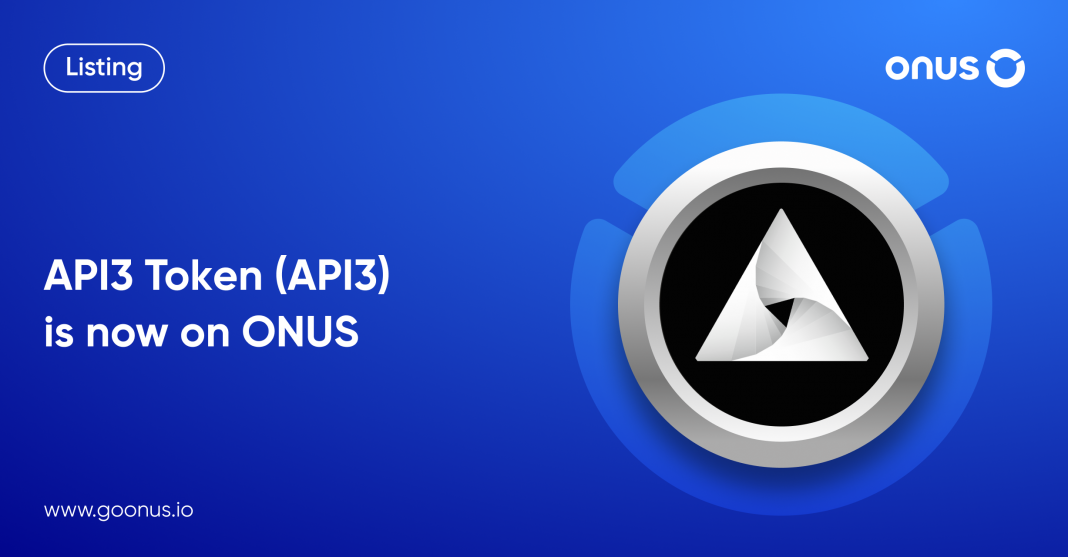 From February 14th, we officially list API3 Token (API3) on the ONUS application. Soon after API3 is added, users can perform the following features:

API3 is a decentralized autonomous organization (DAO) which aims to build and monetize a way for blockchains to connect with existing data provider APIs. API3 is a platform that enables blockchain-based decentralized applications (dApps) to access blockchain-external, real-world data and services via application programming interfaces (APIs). API3’s goal is to become a portal that connects APIs and real-world data feeds to Web 3.0. By using the First-party oracle mechanism, API3 is able to ensure the security, efficiency and transparency of the data source while eliminating the need for rent-seeking middlemen.

What is API3 Token?

API3 is a native token of the API3 ecosystem, operating on Ethereum according to ERC20 standard, and can be used to: