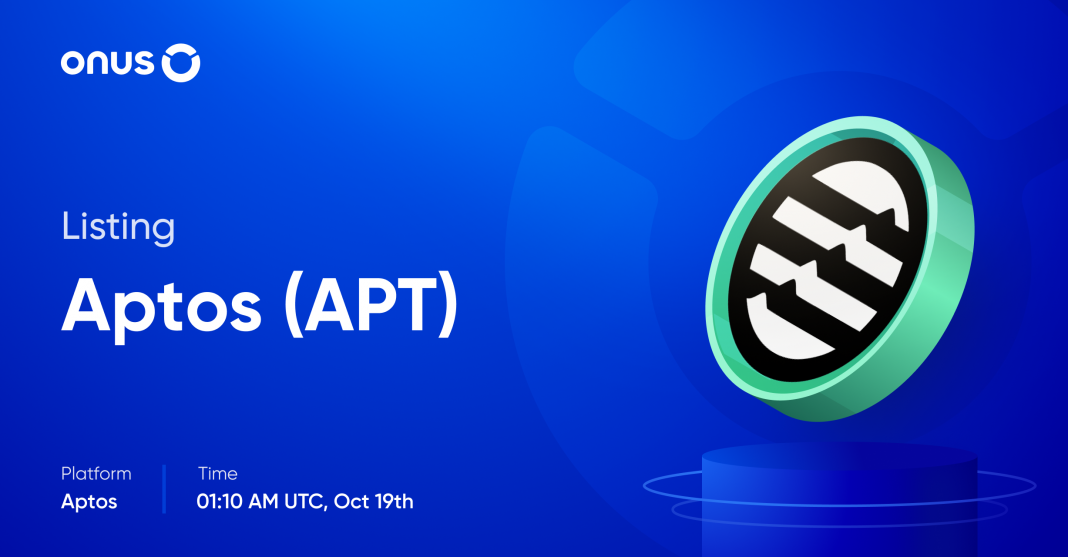 Starting from 01:10 AM UTC on October 19nd, we officially list Aptos (APT) on the ONUS application. Soon after APT is added, users can perform the following features:

Currently, Aptos owns all the necessary pieces for an ecosystem such as DEX, Wallet, Payment, Lending / Borrowing…

APT is the native token of Aptos, used to: