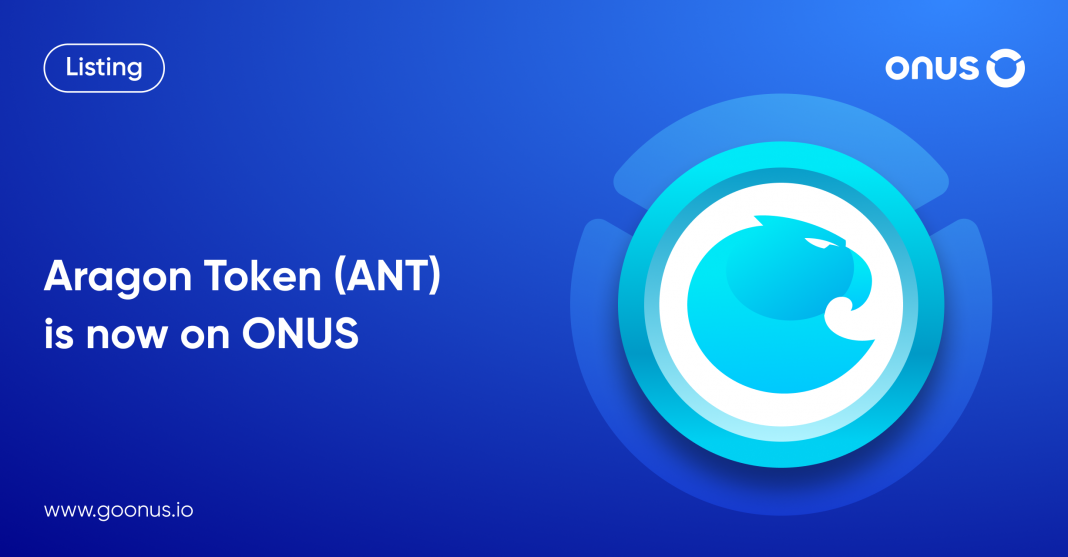 From January 8th, we officially list Aragon Token (ANT) on the ONUS application. Soon after ANT is added, users can perform the following features:

Aragon is an open-source platform built on the Ethereum network that offers a modularized way to create and manage dApps, cryptoprotocols, and decentralized autonomous organizations (DAO).

Aragon is a non-profit project created in 2016 by Luis Ivan Cuende, the youngest to be on the Forbes 30 under 30 category in technology in 2016. The project’s advisors are well-known blockchain world entrepreneurs, which include Jake Brukhman, co-founder of CoinFund, Kenny Rowe, COO of Dai Foundation, Brayton Williams, founding partner at Boost VC.

What is ANT Token?

ANT is a native token of the Aragon ecosystem, operating on Ethereum according to ERC20 standard. Users hold ANT to participate in the process of governing the protocol, voting on proposals to determine changes in the Aragon Network. Additionally, ANT tokens can be used to acquire ANJ coins, which are required for users to participate in the resolution services provided by Aragon Court.