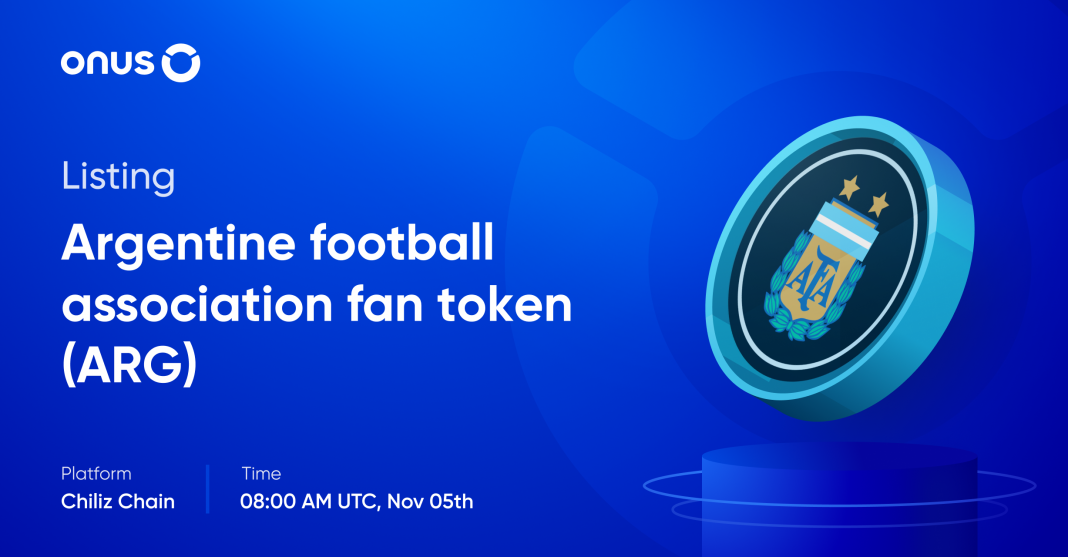 From 08h00 AM UTC on November 5th, we officially list Argentine Football Association Fan Token (ARG) on the ONUS application. Soon after ARG is added, users can perform the following features:

Argentina is a team in the past and present that always has a strong fan base around the world. In particular, with the last appearance of football superstar Lionel Messi, the attraction of the Argentine team became hotter than ever.

What is ARG Token?

ARG allows fans of the Argentina national football team to have a part in influencing club decisions such as: Choosing a goal celebration song and choosing players to play…

Get the chance to experience: meeting and greeting your favorite football players, getting VIP treatment at your favorite stadium, and much more.