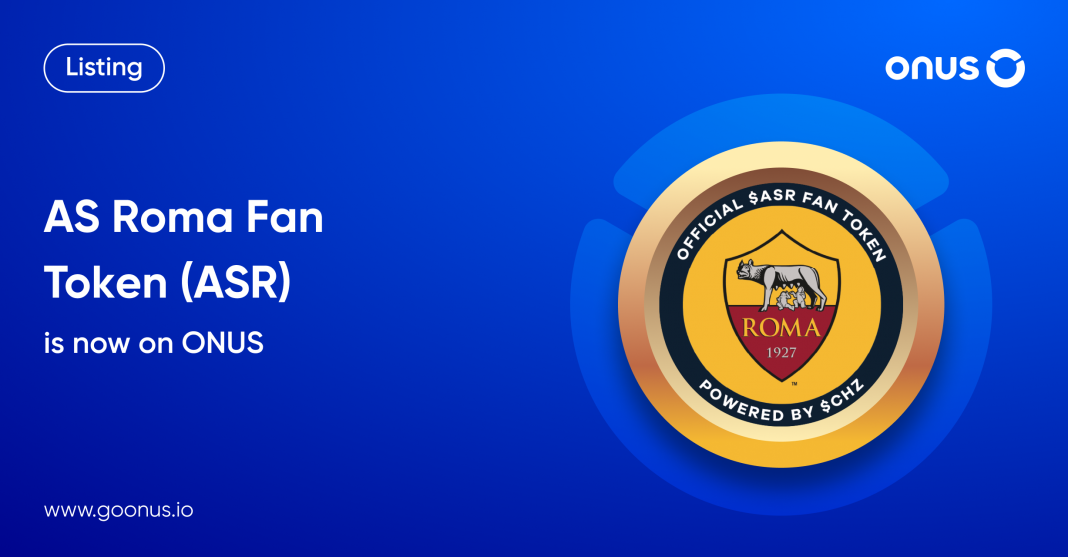 From April 16th, we officially list AS Roma Fan Token (ASR) on the ONUS application. Soon after ASR is added, users can perform the following features:

Formed as the result of a 3-team merger in 1927, AS Roma has been one of Italy’s more well-known competitors for more than 90 years. The club’s journey through the annals of its nations highest league has seen AS Roma capture 3 Serie A titles in addition to bringing the Coppa Italia home on 9 different occasions. A dominant force in its native land, AS Roma continues to push its organization to establish itself in the elite of European football.

What is ASR Token?

The AS Roma Fan Token (ASR) is a utility token that gives AS Roma Football Club (“AS Roma”) fans a tokenized share of influence on club decisions using the Socios application and services. ASR can be used to: