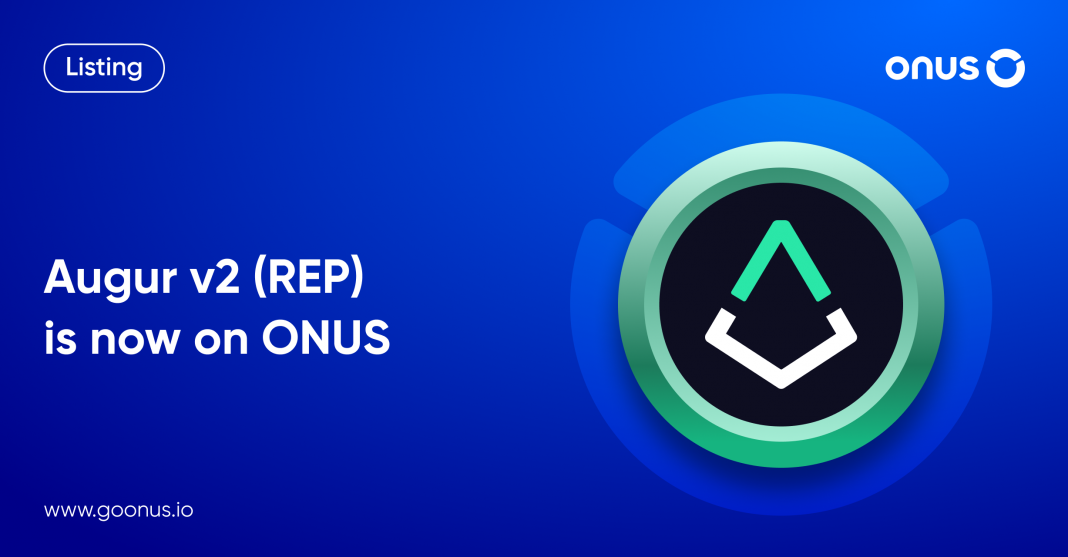 From April 3rd, we officially list Augur V2 Token (REP) on the ONUS application. Soon after REP is added, users can perform the following features:

Augur is a decentralized prediction market protocol built on the Ethereum platform in 2014. Augur leverages the power of Blockchain technology to exploit “Collective Intelligence”, thus giving predictions for future events. Coming to Augur, any user can create their prediction topic, such as predicting the President-elect, predicting the business performance of businesses, predicting the current natural phenomena,…

The Augur protocol allows users to create a prediction market through 4 main stages:

What is REP Token?

REP is a native token of the Augur V2 network, operating on Ethereum according to ERC20 standard, and can be used in the reporting and dispute system within Augur v2. REP cannot be mined or staked but can only be earned. Users holding REP tokens can bet on the outcomes of events such as company performance, election results, or even natural phenomena to earn rewards.