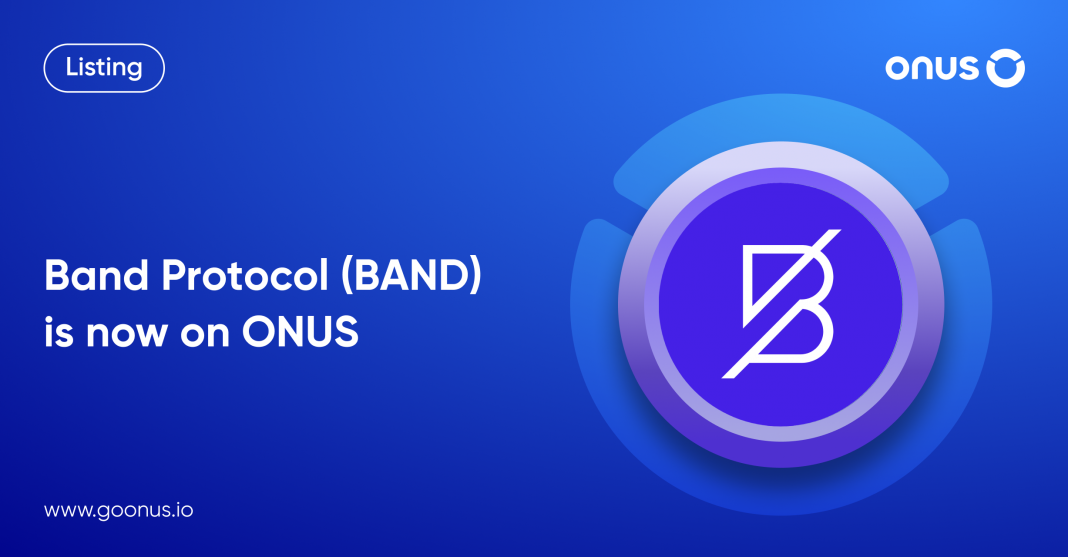 From December 12th, we officially list Band Protocol Token (BAND) on the ONUS application. Soon after BAND is added, users can perform the following features:

Band Protocol is a cross-chain data oracle platform that is able to take real-world data and supply it to on-chain applications, while also connecting APIs to smart contracts to facilitate the exchange of information between on-chain and off-chain data sources.

Band Protocol was created to solve the problems of data management, such as the availability, quality, and reliability of the information, by bridging the gap between decentralized applications and data from the real world. The platform allows dApps to take advantage of existing data without the intervention of intermediaries, combined with a Proof of Stake mechanism to ensure that the data is not modified.

The Band Protocol project will have the following outstanding features:

What is BAND Token?

BAND is a native token of the Band Protocol ecosystem, operating on Ethereum according to ERC20 standard, and can be used to: