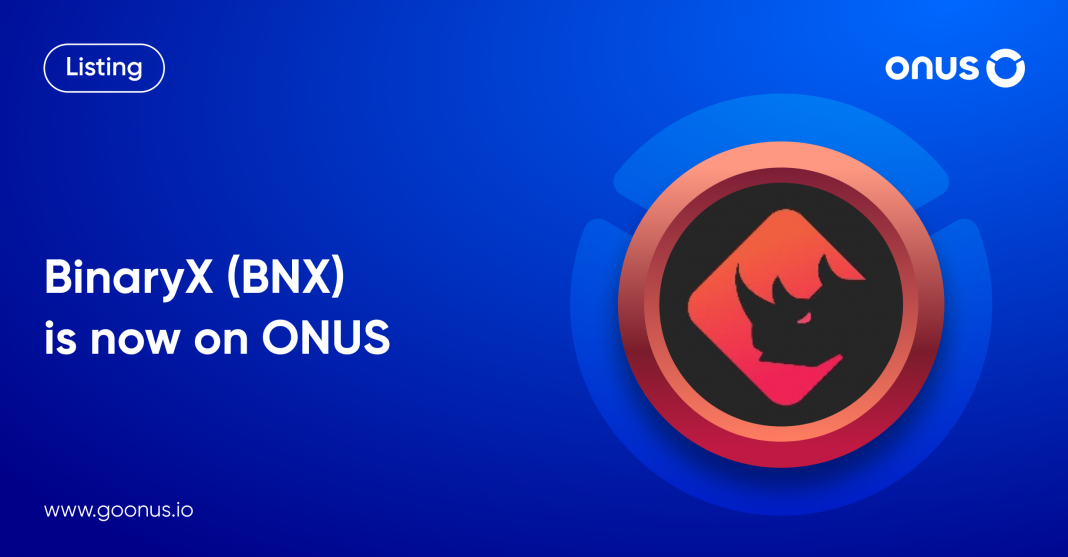 From April 14th, we officially list BinaryX Token (BNX) on the ONUS application. Soon after BNX is added, users can perform the following features:

BinaryX is a GameFi ecosystem behind CyberDragon, a Play-to-Earn game on the BNB Chain. Initially, BinaryX was a decentralized derivative trading protocol but has since changed its concept to accommodate the boom in the GameFi sector. BinaryX’s ambition is to become the No. 1 GameFi platform while helping blockchain technology be more widely adopted in the video game industry.

BinaryX will launch an IGO function, investing in excellent third-party games, helping them acquire huge traffic and awareness in the shortest of time, thus obtaining a rapid early development phase.

What is BNX Token?

BNX is a native token of the BinaryX ecosystem, operating on BNB Chain according to the BEP20 standard, and can be for the following purposes: