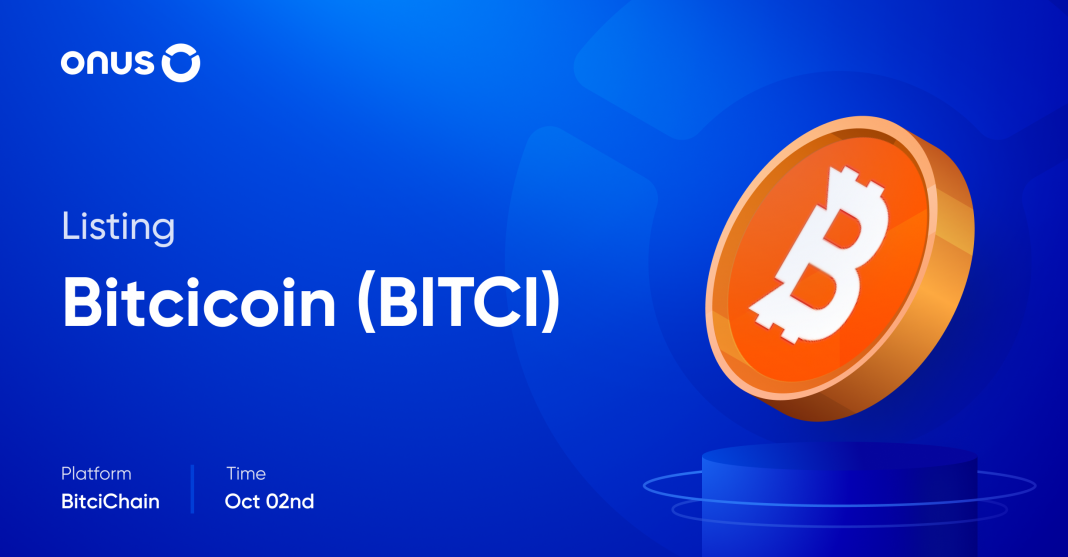 Starting from 05:00 AM UTC on October 2nd, we officially list Bitcicoin (BITCI) on the ONUS application. Soon after BITCI is added, users can perform the following features:

Bitcicoin, a coin with its own blockchain network integrated with various ecosystem platforms, is powered by Cagdas Holding – a blockchain research and development company in Turkey founded in 2018. Bitcicoin is a partner of many well-known sports organizations and clubs such as Brazil and Spain National football teams, McLaren Racing and Moto GP.

BITCI is the main coin of the Bitcichain blockchain and is used to: