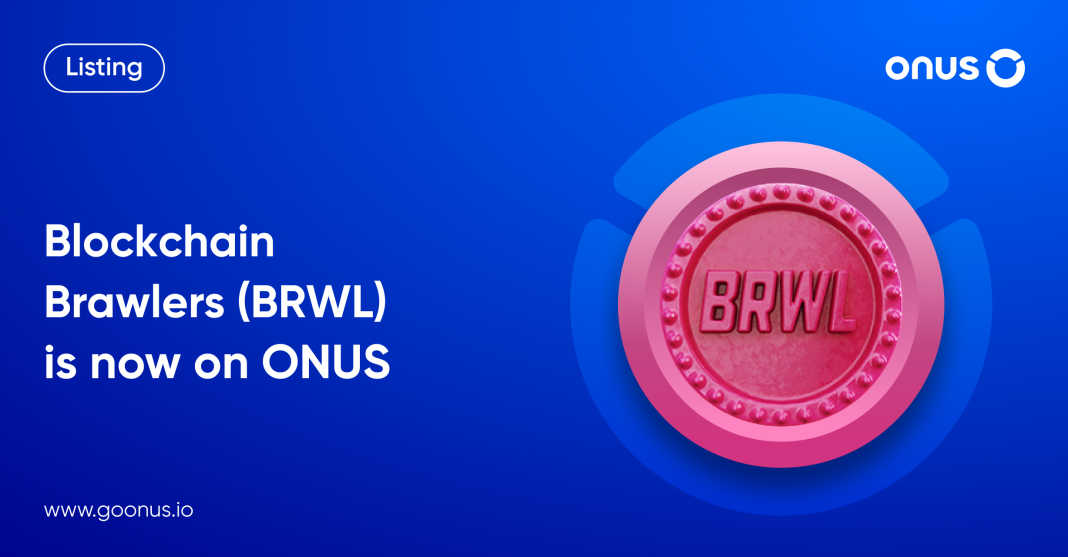 Starting from 12:10 AM UTC, April 22nd, Blockchain Brawlers Token (BRWL) will officially be listed on the ONUS application. Soon after BRWL is added, users can perform the following features:

Players need at least one Brawler and one ring to start wrestling. Brawlers come in Common, Uncommon, Rare, Epic and Legendary. The rarer your Brawler, the more BRWL tokens you’ll earn per match. Rare and Legendary Rings allow more than one Brawler to wrestle simultaneously. You can also equip your Brawler with gnarly weapons such as brass knuckles and steel chairs to earn bigger BRWL token bonuses. Brawlers take 60 minutes to recover before getting back in the ring. Post-battle, check out how much BRWL you’ve earned or if any Gold NFTs dropped. Your chances of receiving Gold after a match increase with Brawler performance and weapon choice. You can use earned BRWL and Gold to heal your wrestlers after matches or to craft enhanced rings, stronger Brawlers, and more outrageous gear.

BRWL is a native token of the Blockchain Brawlers ecosystem, operating on Ethereum according to ERC20 standard, and can be used for the following purposes: