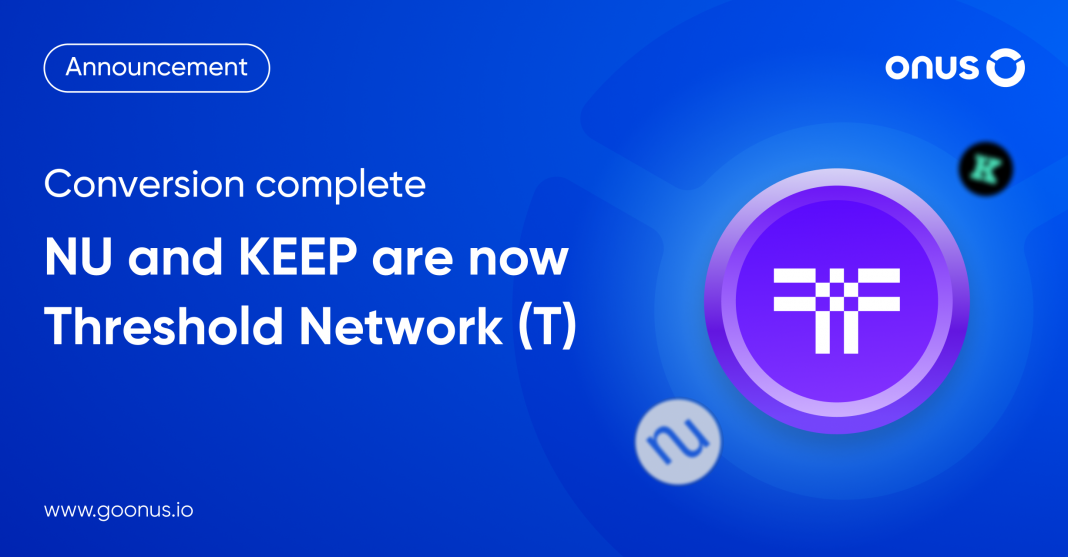 In response to the conversion, ONUS has paused transactions for NU and KEEP, including: Off-chain Transactions and Redemption. The token merge is now complete. The entire amount of NU and KEEP tokens you are storing on the ONUS application has been automatically converted to T tokens according to the aforementioned ratio.