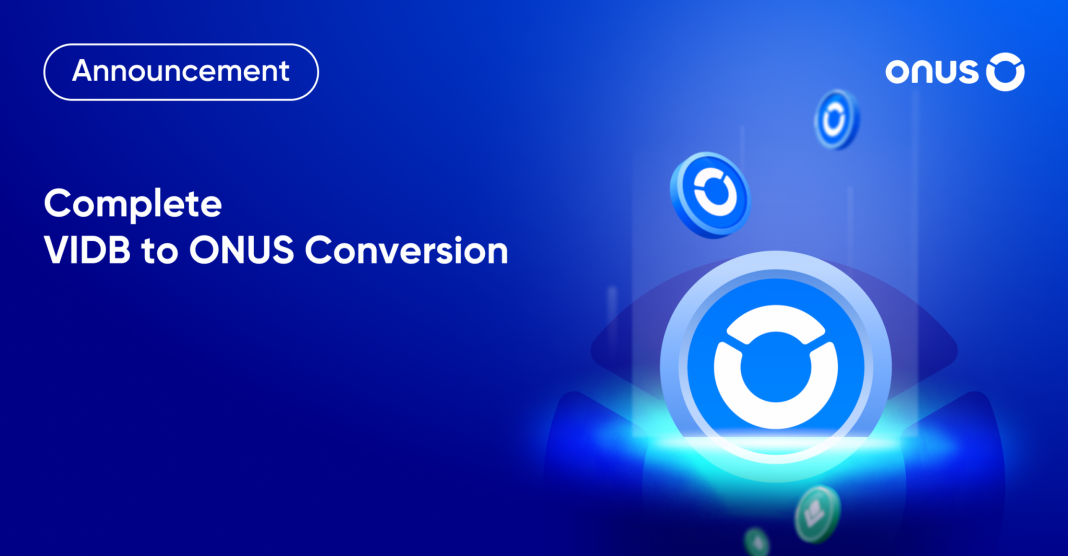 As announced, our technical team has completed maintenance on all VIDB features to kick off the transition from VIDB token to ONUS token as part of the rebranding strategy.

The conversion process has been done. The entire VIDB circulating on VNDC Wallet has been officially converted into ONUS tokens at a ratio of 1:1 (1 VIDB = 1 ONUS). This also indicates that all VIDB tokens have been turned into ONUS. Users’ balances do not change.

All VIDB functionalities have been enabled and applied to ONUS. The VIDB Shares feature has been renamed ONUS Shares.