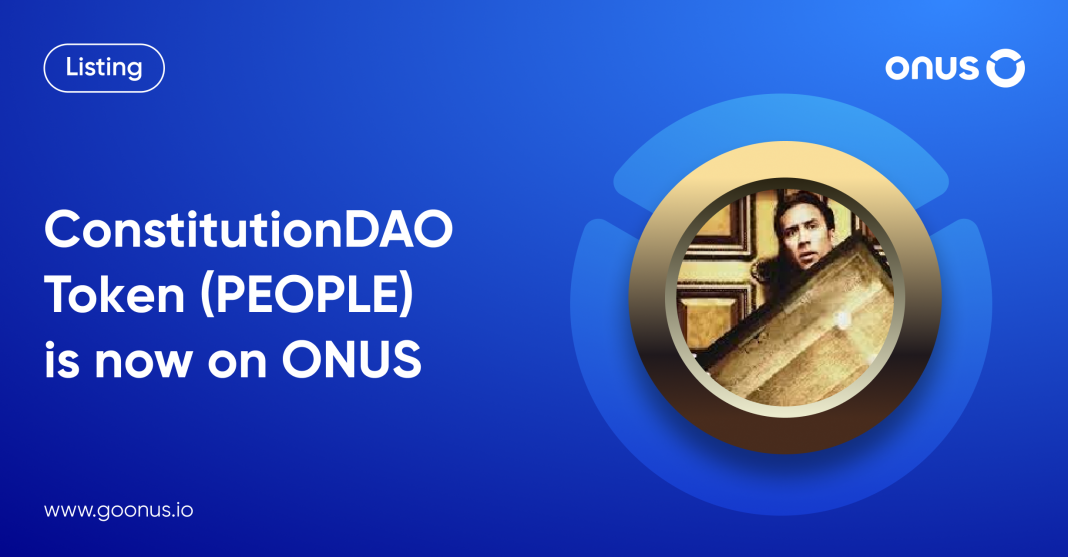 From January 22nd, we officially list ConstitutionDAO Token (PEOPLE) on the ONUS application. Soon after PEOPLE is added, users can perform the following features:

ConstitutionDAO is a decentralized autonomous organization (DAO) founded by a group of anonymous investors in November 2021. This organization was formed in order to obtain one of the 13 surviving copies of the original United States Constitution that were on sale at the auction house Sotheby’s on November 18th. The development team for this project believes that this Constitution does not belong to anyone but rather to the community. In November, more than 17,000 people donated to ConstitutionDAO, and the organization successfully raised $40 million in total. However, ConstitutionDAO loses Sotheby’s US Constitution auction to a $43.2M bid from Citadel CEO Kenneth Griffin.

What is PEOPLE Token?

PEOPLE is a token issued by ConstitutionDAO, operating on the Ethereum platform according to ERC20 standards. After losing the auction, ConstitutionDAO announced that it would halt the project and create a pool where users could redeem tokens for ETH at a 1 ETH: 1,000,000 PEOPLE ratio. Users can also keep PEOPLE tokens in order to use them in future projects.