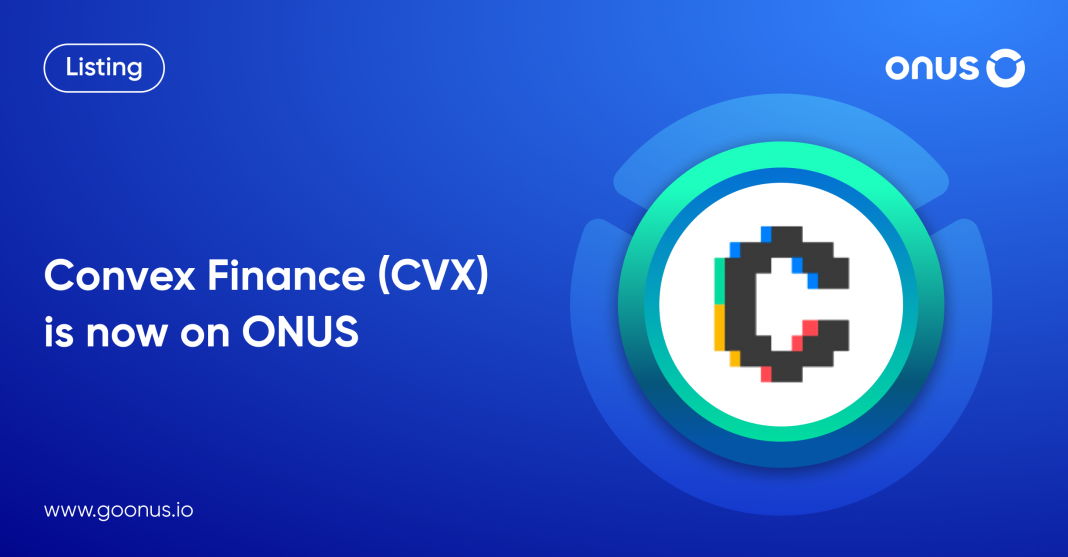 From January 23rd, we officially list Convex Finance Token (CVX) on the ONUS application. Soon after CVX is added, users can perform the following features:

Convex Finance (CVX) is an inventive DeFi protocol built on top of stablecoin exchange Curve Finance. At its core, Convex rewards Curve liquidity providers and CRV stakers with additional DeFi yields. Convex aims to simplify staking on Curve, as well as the CRV-locking system with the help of its native fee-earning token: CVX.

Users need to hold a large number of CRV tokens in order to get a significant amount of profit from staking on Curve. However, not everyone can afford to own many CRV tokens, so Convex Finance was created to pool many people’s assets together. As a result, the platform will be able to collect more CRV and the profit generated by staking CRV will then be distributed among users.

What is CVX Token?

CVX is a utility token of the Convex Finance ecosystem, operating on Ethereum according to ERC20 standard, and can be used to: