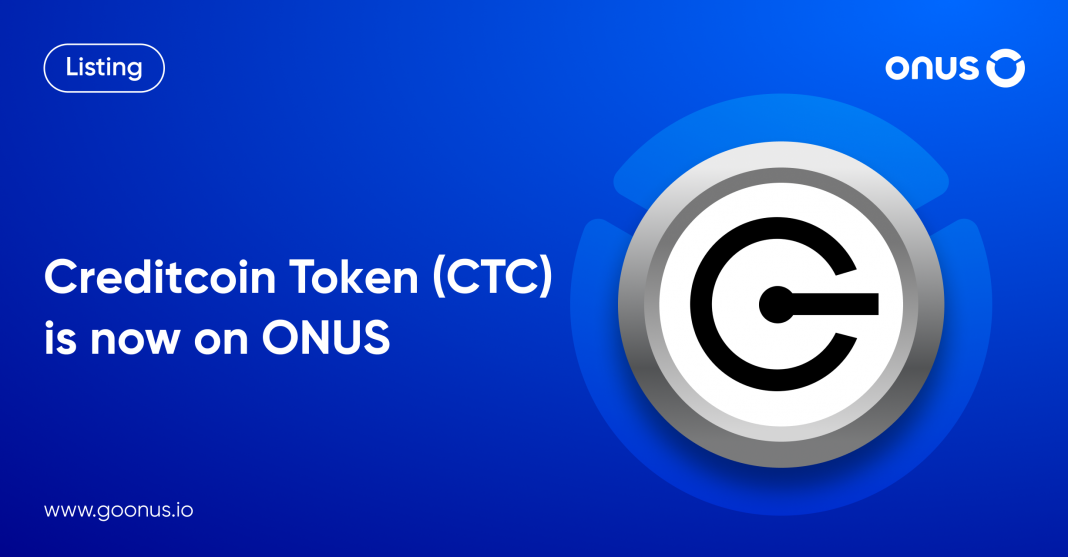 From March 7th, we officially list Creditcoin Token (CTC) on the ONUS application. Soon after CTC is added, users can perform the following features:

The Creditcoin Network is a public blockchain that creates a credit lending infrastructure allowing fintech lenders and microfinance providers greater access to capital while borrowers secure transactions on a groundbreaking immutable ledger with the Creditcoin token. Creditcoin connects many blockchains to create a secure, transparent cryptocurrency lending market, that allows fundraisers and lenders to connect directly with one another.

Creditcoin aims to address the lack of credit system among the unbanked in the emerging market. People who cannot access the banking system have to borrow from non-banks. However, credit records with non-banks are not accepted by the banks since they cannot trust the data. The project aims to solve the problem by recording credit transaction history objectively on a public blockchain.

What is CTC Token?

CTC is a native token of the Creditcoin ecosystem, operating on Ethereum according to ERC20 standard, and can be used to: