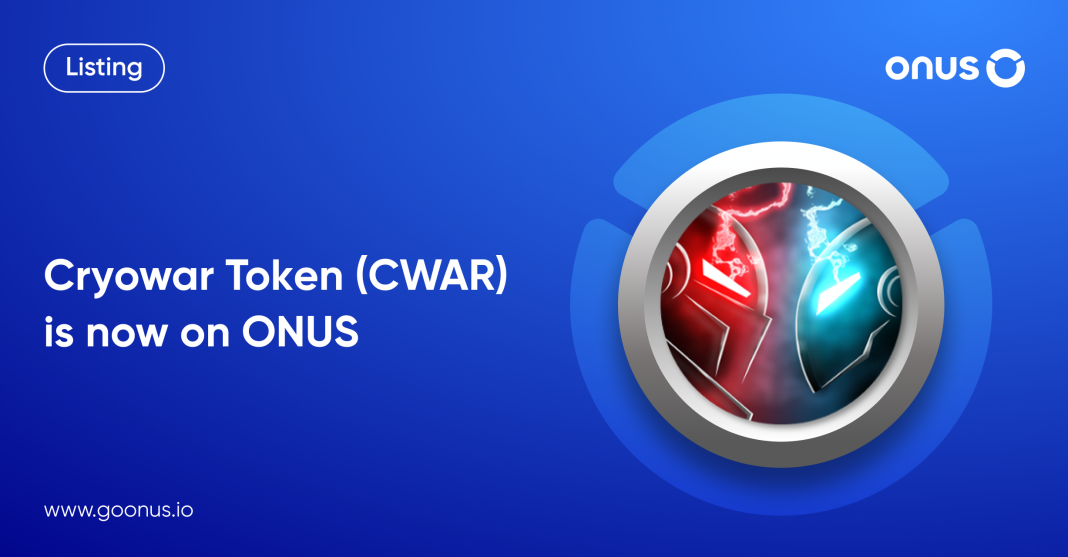 From December 1st, we officially list Cryowar Token (CWAR) on the ONUS application. Soon after CWAR is added, users can perform the following features:

Cryowar is a real-time multiplayer PVP arena NFT game developed in Unreal Engine 5 on the Solana network. Cryowar aims to create a multi-blockchain Medieval Metaverse without boundaries where developers, investors, and players can all contribute to creating additional layers, features, modes, and content. While participating in the game, players will enter many fierce battles to win resources and territory and dominate and protect their land.

Cryowar is an amalgam between a traditional PVP gaming experience and some of the best features of the blockchain world, like in-game platform decentralized governance elements (DAO), NFTs, and some DeFi characteristics. This game project has attracted the attention of many famous investors, including Ruby Capital, Jump Trading, Solana Capital, Solar Eco Fund, Polygon, Master Ventures, GD10 Ventures, AU21+.

CWAR is a native token of the Cryowar game platform and ecosystem, operating on Solana according to SPL standard. CWAR can be used to: