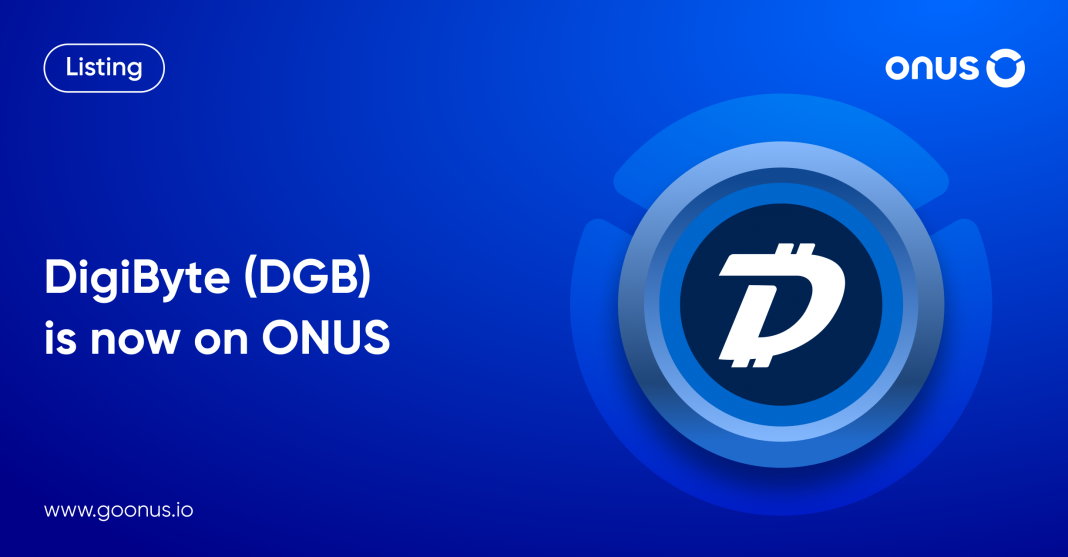 From April 1st, we officially list DigiByte Token (DGB) on the ONUS application. Soon after DGB is added, users can perform the following features:

DigiByte was launched in 2013 with the goal of creating a fast and secure blockchain platform that could reach a wider and more decentralized community than Bitcoin. DigiByte’s DGB token was also launched around this same time, which biggest function is as a global payment currency.

The DigiByte platform is open source, meaning that anyone can view and contribute to the project’s code. Some of DigiByte’s highlights:

What is DGB Token?

DGB is a native token of the DigiByte network, operating on DigiByte’s blockchain, and can be used to: