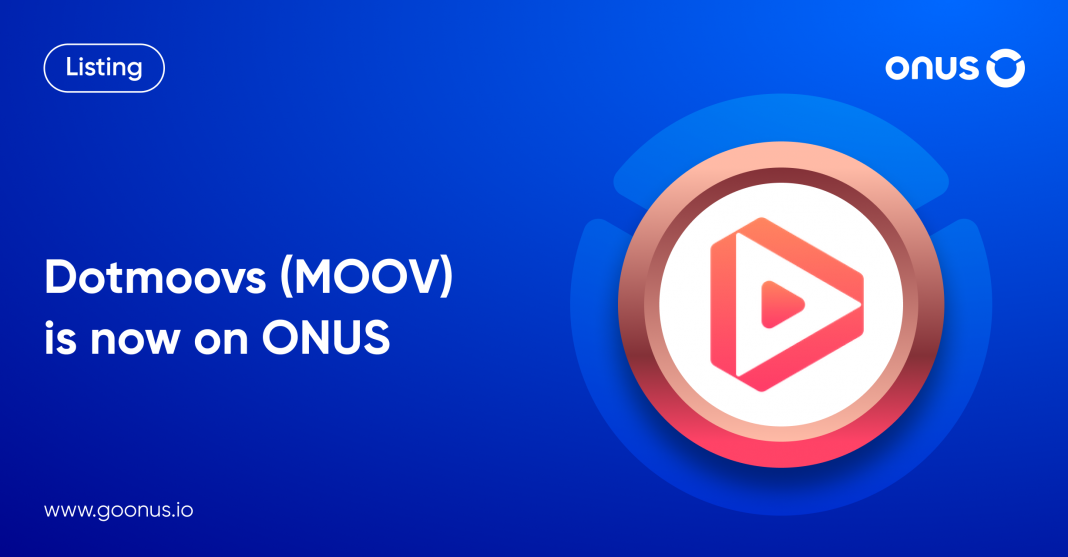 From May 1st, we officially list Dotmoovs Token (MOOV) on the ONUS application. Soon after MOOV is added, users can perform the following features:

Dotmoovs is the first crypto mobile worldwide competitive environement that develops and provides artificial intelligence solutions, (AI)-driven video-referees and fraud detection algorithms to monitor practice sessions and oversee sports challenges between users. Dotmoovs’s goal is to become a sport competition platform that allows others to compete with users in their favorite sport.

Dotmoovs is turning everyone’s training at home into a powerful competition. Through trusted and fair competions, everyone can improve their performance and advance their skills in a sport, regardless of where they are or their economic support. Dotmoovs is democratizing sports by addressing issues that limit competition. In addition, Dotmoovs also allows players to trade, buy, sell, and rent sports equipment in the form of NFT with other players on Dotmoovs Marketplace. Players can either buy it right away or select the Auction method with any available NFT.

What is MOOV Token?

MOOV is a native token of the Dotmoovs ecosystem, operating on Ethereum according to ERC20 standard, and can be used to: