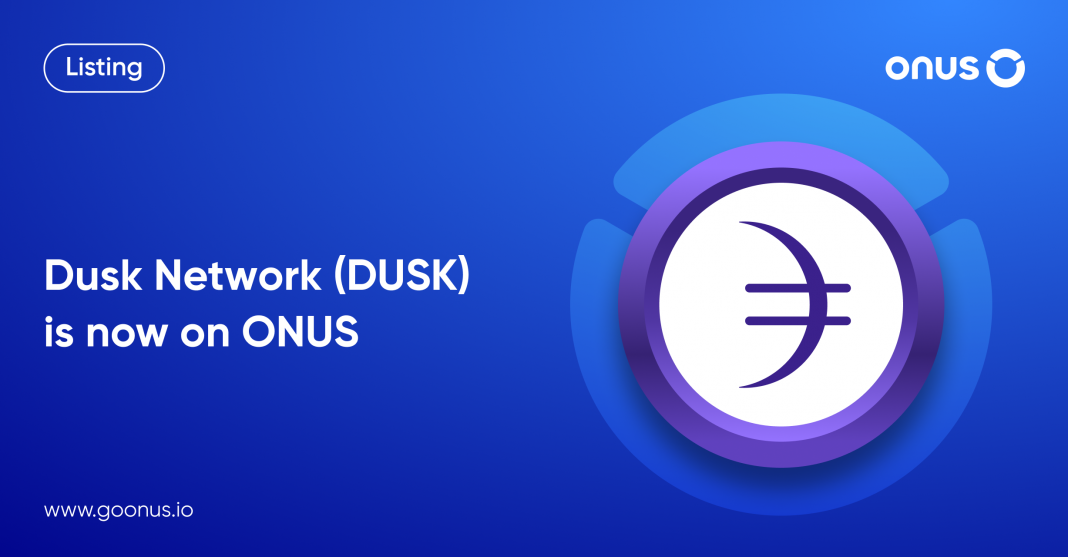 From November 26th, we officially list Dusk Network Token (DUSK) on the ONUS application. Soon after DUSK is added, users can perform the following features:

Dusk Network is a blockchain Layer 1 that powers the Confidential Security Contract (XSC) standard and supports native confidential smart contracts. Through a transactional model called Phoenix, Dusk Network focuses on bringing privacy and anonymity to transactions and smart contracts. The ‘Segregated Byzantine Agreement’ (SBA) consensus mechanism secures the network. According to the team from Dusk Network, SBA is an improvement over Byzantine Fault Tolerant.

Dusk Network was founded by Emanuele Francioni. He is a robotics and automation expert. Additionally, this project’s development team includes numerous engineers, blockchain & IT experts, including Fulvio Ventureli and Jelle Pol.

What is DUSK Token?

DUSK is a native token of the Dusk Network ecosystem, operating on Ethereum according to ERC20 standard, and can be used to:

In the future, the team intends to expand the use-cases of DUSK by adding it to an on-chain governance system.