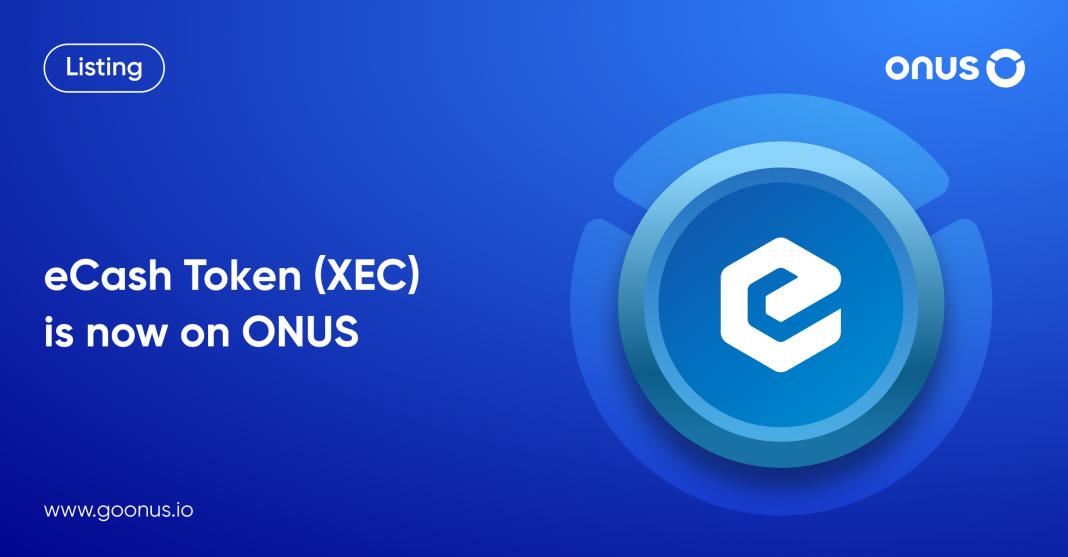 From November 27th, we officially list eCash Token (XEC) on the ONUS application. Soon after XEC is added, users can perform the following features:

eCash (formerly Bitcoin Cash ABC) is a fork of Bitcoin (BTC) and Bitcoin Cash (BCH). They call themselves a “cryptocurrency that’s designed to be used as electronic cash”. eCash strictly aims to be a means of transaction used to pay for goods and services. The base units of eCash are called “bits” and replace the unwieldy decimal places of Bitcoin Cash ABC. Instead of sending 0.00001000 BTC, you would send 10 bits with eCash. eCash integrates a proof-of-stake (PoS) consensus layer called “Avalanche” which is not to be mistaken for the blockchain Avalanche (AVAX). Upon rebranding, eCash announced that it would convert all BCHA coins to XEC at a ratio of one to one million.

The cryptocurrency’s developers have set their sights on three main improvements:

What is XEC Token?

XEC is a native token of the eCash network and can be used to: