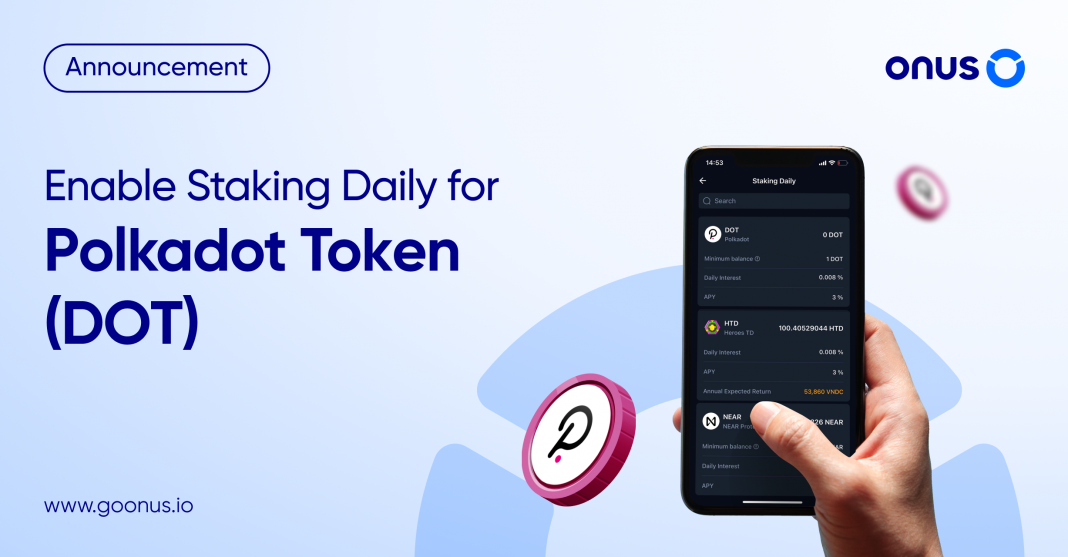 As a result, individuals with 1 DOT on the ONUS application will earn a profit of 3% each year, or 0.008% every day. Interest is paid daily in VNDC, calculated based on users’ DOT balances at 0:00 (UTC+7) each day.

About Polkadot and DOT Token

Polkadot is an open-source fragmentation multi-chain protocol that supports the cross-chain transfer of any data or asset, not just tokens. That way, a bunch of blockchains can interact with each other. This interaction mechanism seeks to establish a wholly decentralized and private user-controlled web and simplifies the creation of new applications, organizations, and services. The Polkadot protocol connects public and private chains, permissionless networks, oracles, and future technologies, allowing these independent blockchains to share information and transactions in a trustless manner through the Polkadot transition sequence (explained further below).

DOT is the native token of Polkadot that is intended to perform the main functions of the platform. DOT serves three explicit purposes: to provide network operations and governance; to create parachains by linking.