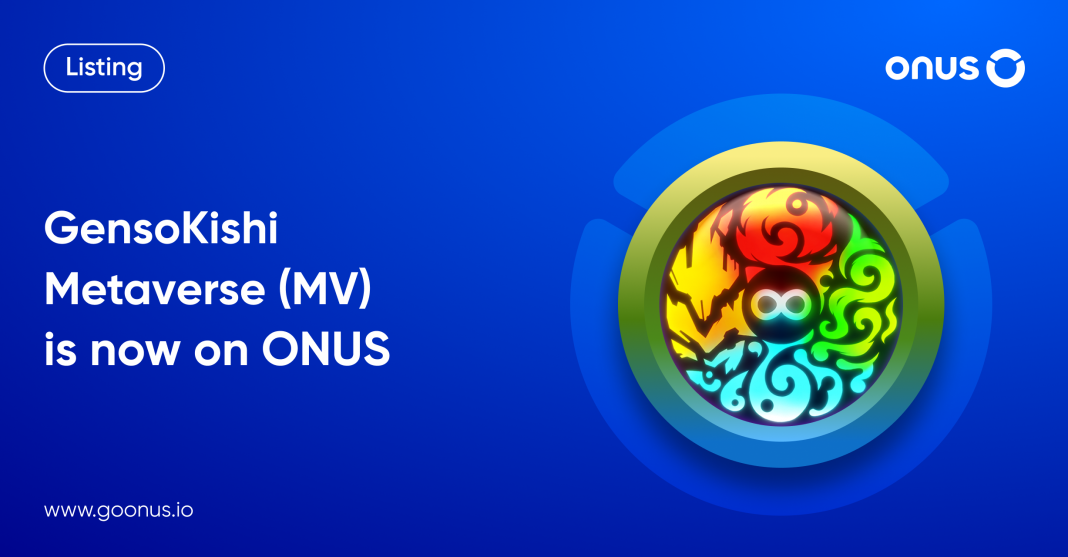 From 10:00 AM UTC April 20th, we officially list GensoKishi Metaverse Token (MV) on the ONUS application. Soon after MV is added, users can perform the following features:

Gensokishi Online is a Japanese GameFi project that evolves from an award-winning Nintendo Switch/PS4 game called “Elemental Knights”, that has been vigorously played for 13 years and has accumulated a total of 8 million downloads worldwide. Gensokishi is a 3DMMORPG game and has released both PC and a mobile app version. Gensokishi connects the game world to the blockchain world through “Free-to-Play” and “Play-to-Earn” mechanisms, allowing players to experience the game and earn tokens by performing missions.

GensoKishi allows players to design and create their own characters, maps, and weapons. These items will be issued as NFTs, allowing users to buy, sell, and trade on the Marketplace. With simple gameplay, and vivid graphics, GensoKishi will definitely bring an interesting gaming experience and help players generate income in their free time.

What is MV Token?

MV is a native token of the GensoKishi Metaverse ecosystem, operating on Ethereum according to ERC20 standard, and can be used to: