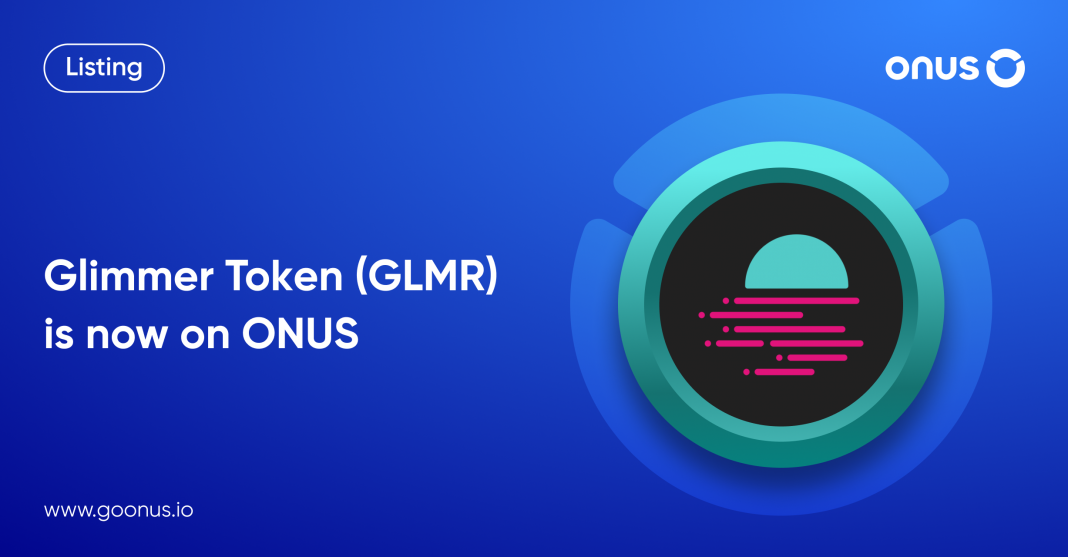 From January 11th, we officially list Glimmer Token (GLMR) on the ONUS application. Soon after GLMR is added, users can perform the following features:

Moonbeam is an Ethereum-compatible smart contract platform on the Polkadot network that allows developers to deploy existing Solidity smart contracts and DApp frontends to Moonbeam with minimal changes. The project was launched in January 2020 by Pure Stake, a company that provides tools and infrastructure services to blockchain developers.

Moonbeam acts as a bridge that lets developers and users work with both Ethereum and Polkadot, two of the most popular blockchains. It leverages the robust infrastructure and smart contracts of Ethereum and combines them with the rock-solid tools available on Polkadot. The Moonbeam platform also extends the base Ethereum feature set with additional features such as on-chain governance, staking, and cross-chain integrations.

Moonbeam has growing support from developers and organizations like SushiSwap, Chainlink, Band Protocol, Biconomy, DODO, The Graph, Ocean, Razor, Covalent, and many more. These systems have all implemented Moonbeam as a building block for interoperability.

What is GLMR Token?

GLMR is a utility token of the Moonbeam ecosystem and can be used to: