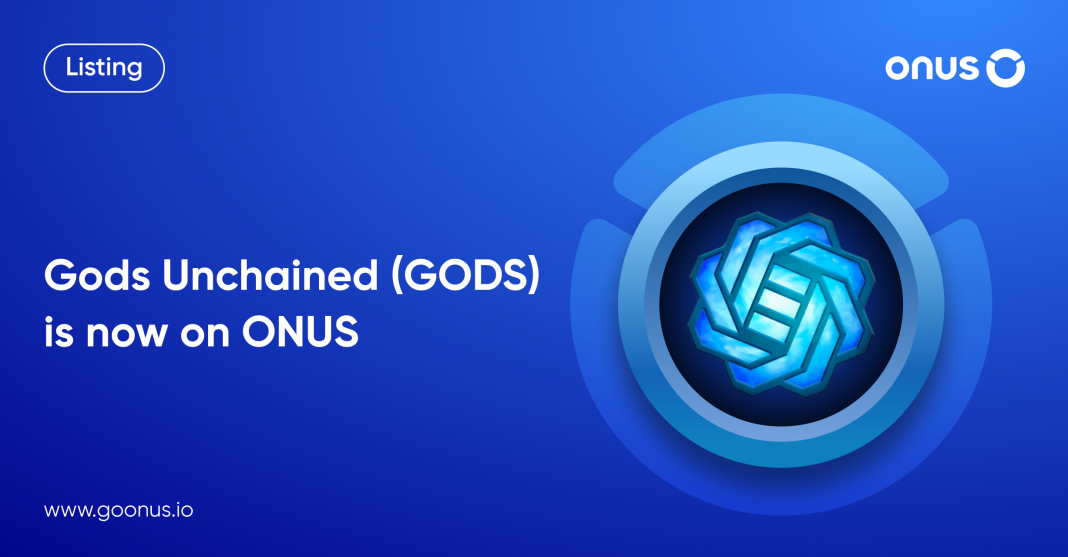 From December 14th, we officially list Gods Unchained Token (GODS) on the ONUS application. Soon after GODS is added, users can perform the following features:

Gods Unchained is an online trading strategy card game that uses the Play-to-Earn model. Its trading cards have real-world value and are executed using the GODS token. This game is one of the most recent breakthroughs in the blockchain and cryptocurrency application game industry, shaking up the commercial model inherent in casual games, where players can only buy/collect Find in-game items but cannot resell for real money.

Gods Unchained was founded by brothers James and Robbie, who have been Ethereum members since 2015 and have created many blockchain-based online trading card games. Gods Unchained’s development team includes former Google and Riot Games employees. As a result, the game will continue to accelerate and create an epic economy in the future.

What is GODS Token?

GODS is a native token of the Gods Unchained ecosystem, operating on Ethereum according to ERC20  standard, and can be used to: