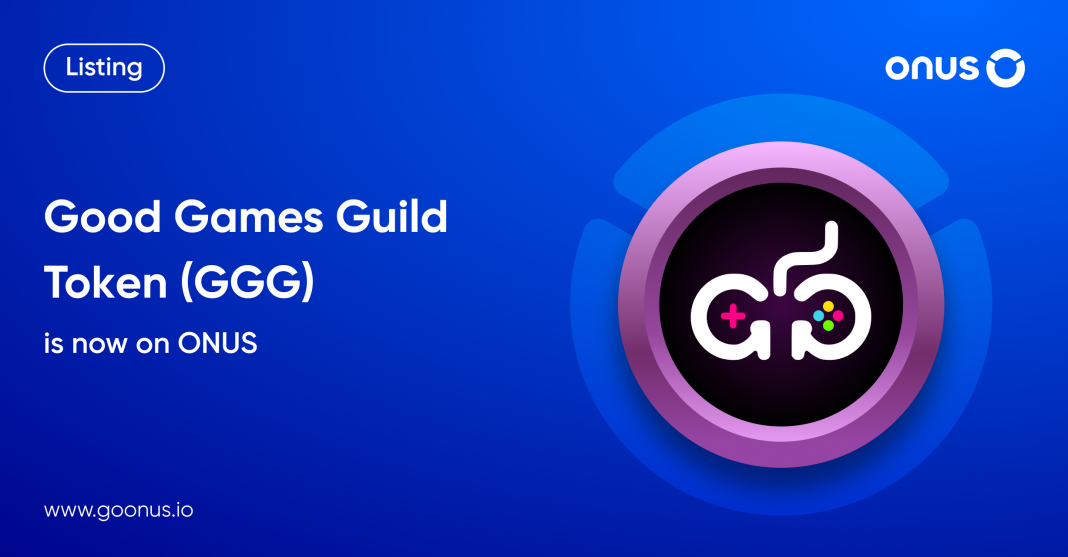 From February 27th, we officially list Good Games Guild Token (GGG) on the ONUS application. Soon after GGG is added, users can perform the following features:

What is GGG Token?

GGG is a native token of the Good Games Guild ecosystem, operating on Binance Smart Chain according to BEP20 standard, and can be used to: