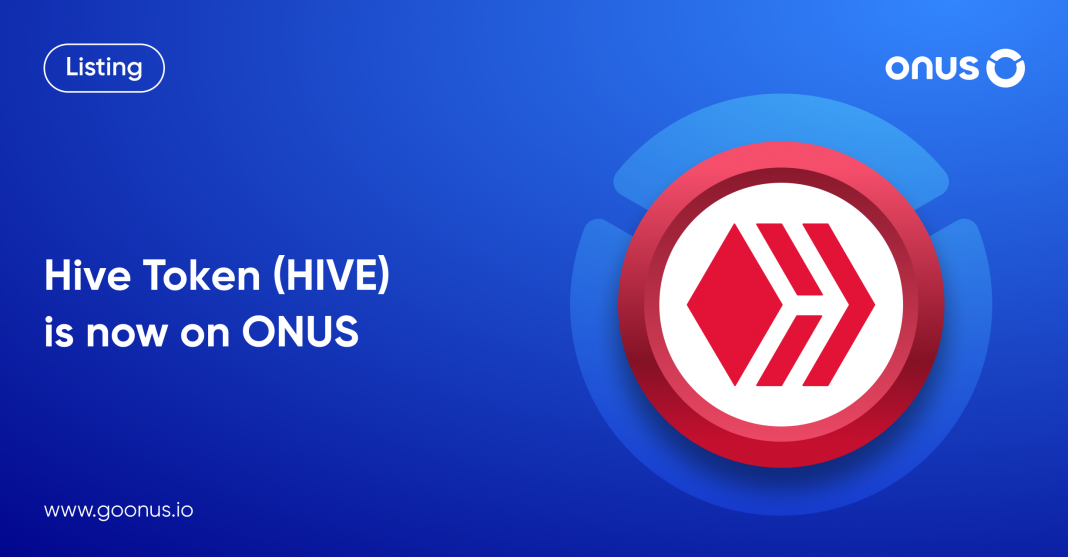 From December 3rd, we officially list Hive Token (HIVE) on the ONUS application. Soon after HIVE is added, users can perform the following features:

Launched on March 20th, 2020, Hive is a decentralized information-sharing network built on the Delegated Proof of Stake (DPoS) protocol to create social networking platforms on the blockchain. This platform not only allows users to share content (stored immutably on the blockchain) for rewards in HIVE tokens, but also to create and run applications. Some of Hive’s outstanding features include fast transaction speeds (under 3 seconds), no user fees, and the ability to expand storage and bandwidth in the future.

Hive has three tokens that perform different functions in the ecosystem: HIVE, Hive Power, and Hive Dollar. Hive relies on decentralized governance and is not headquartered in any specific location but has a diverse development and operations team from many countries worldwide. All protocol changes are proposed, developed, prepared for, and implemented through a transparent and collaborative team-working environment.

What is HIVE Token?

HIVE is a native token of the Hive ecosystem, and can be used to: