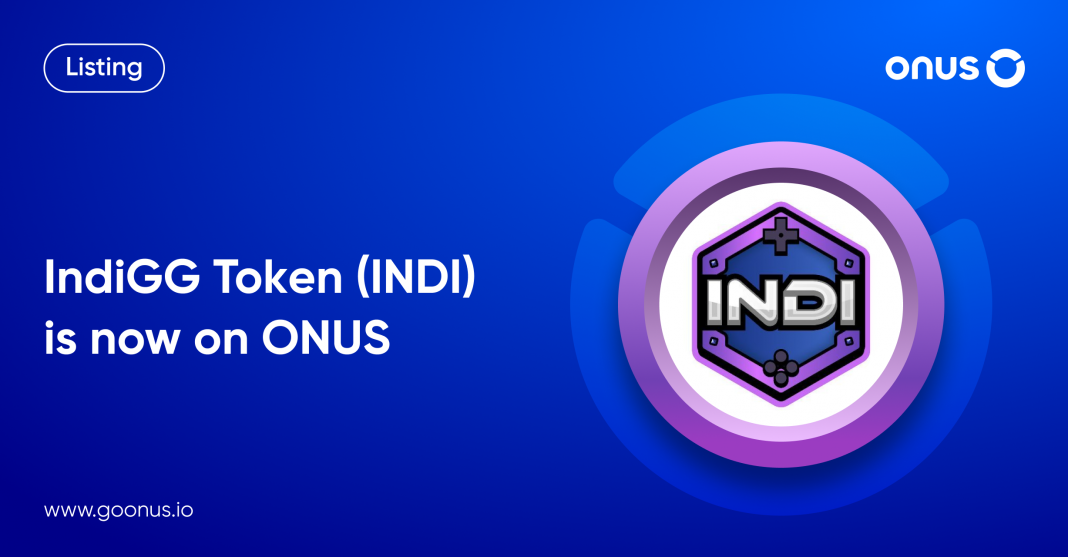 From April 6th, we officially list IndiGG Token (INDI) on the ONUS application. Soon after INDI is added, users can perform the following features:

IndiGG is a Sub-DAO of Yield Guild Games (YGG) being built in association with Polygon to create a Play-to-Earn gaming hub within India. IndiGG is building a platform where gamers will discover the future of gaming and embark on a journey into virtual worlds to create economic opportunities for all participants.

Ever since play-to-earn games became popular, the prices of NFTs needed to play some of these games skyrocketed. This created a barrier to entry for some players, especially those new to crypto and NFT games. Guilds offer scholarships where selected recipients (known as scholars) are able to rent out NFT assets owned by the guild to play games and start earning. Scholarships help to lower the pricing barrier providing those looking to get started with a lower entry price. IndiGG is now supporting game assets for scholars in Axie Infinity, Nyan Heroes, Fancy Birds, Pegaxy,…

What is INDI Token?

INDI is a native token of the IndiGG ecosystem, operating on Ethereum according to ERC20 standard, and can be used to: