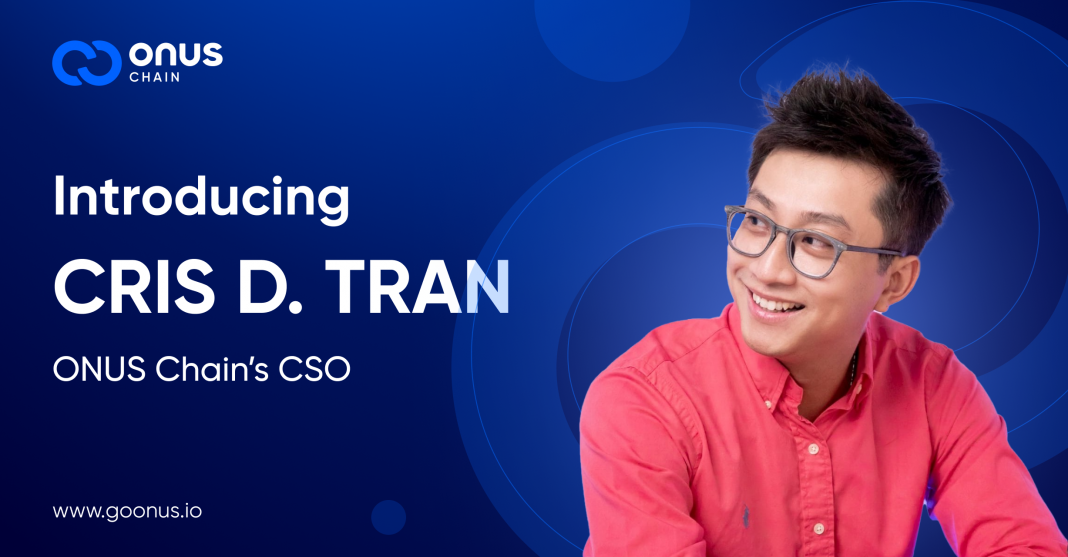 With a strategic vision and a wealth of experience, Mr. Cris D. Tran will act on behalf of the founding team to directly connect, advise and support DeFi/Web3.0 projects built and developed on ONUS Chain, bringing a variety of products and valuable tools to users.

Through this new role, Mr. Cris D. Tran will also accompany the ONUS Chain team to expand the ONUS Chain ecosystem both domestically and internationally gradually.

Before this role, InfinitoDAX in Malaysia procured him as an Executive Board Director from January 2020 to April 2021. Asia Blockchain Review utilised his services as Principal Managing Partner from November 2018 to April 2021.

Additionally, since July 2018 he has been the Chief Executive Officer of Infinity Blockchain Ventures in Malaysia & Thailand.