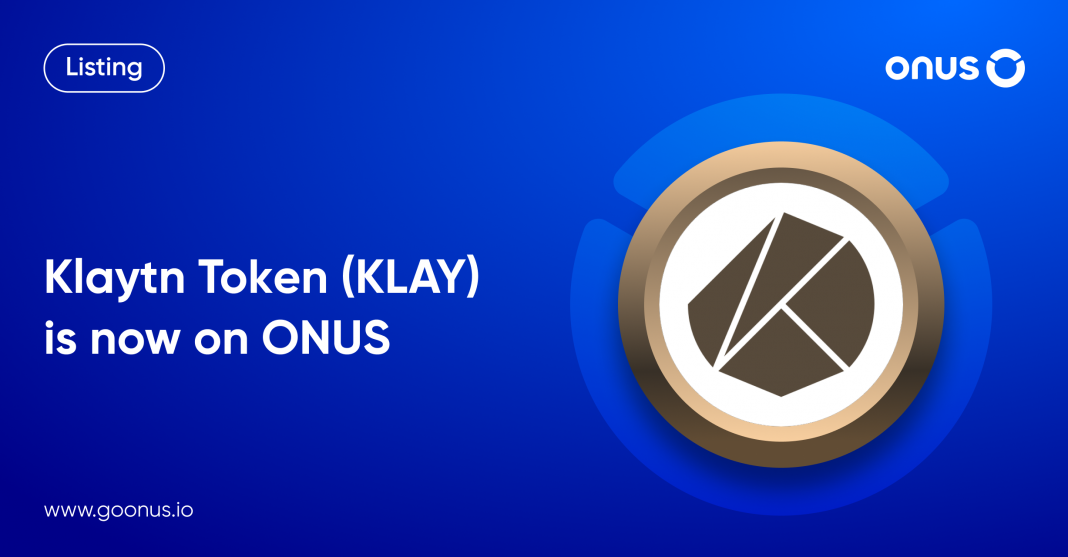 From March 30th, we officially list Klaytn Token (KLAY) on the ONUS application. Soon after KLAY is added, users can perform the following features:

Klaytn is a public, open-source blockchain and an enterprise-grade, service-centric platform that brings user-friendly blockchain experience to millions of users. Klaytn is developed by Ground X, the blockchain subsidiary of Korea’s internet giant Kakao.

Klaytn’s goal is to make blockchain technology accessible to businesses so that it can be used to improve performance and increase sales. Klaytn enables improved scalability and has a processing speed of 3,000 transactions per second, 150 times faster than that of Ethereum, by using the Istanbul BFT (Byzantine Fault Tolerant) consensus algorithm and combining the best features of both public blockchain and private blockchain.

What is KLAY Token?

KLAY is a native token of the Klaytn ecosystem, operating on Klaytn according to KIP-7 standard, and can be used to: