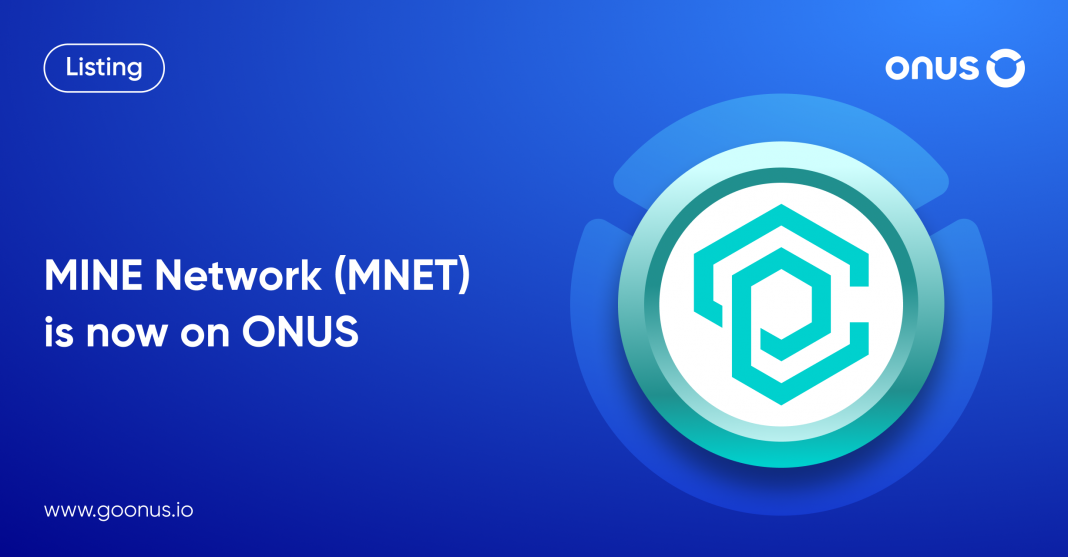 From December 20th, we officially list MINE Network Token (MNET) on the ONUS application. Soon after MNET is added, users can perform the following features:

MINE Network is the first decentralized standard hashrate token protocol that solves the liquidity problem of miners on multi-chains, including but not limited to: Bitcoin, Litecoin, and Ethereum. MINE Network provides a robust multi-chain infrastructure that caters to crypto enthusiasts worldwide by tokenizing real hashrates, issuing cross-chain compatible assets, and bridging conventional mining with the GameFi space by way of its own unique Metaverse – the MINEverse.

Every standardized pToken (hashrate token) is a synthetic token reflecting a part of the mining power from a specific mining blockchain backed by its standardized mining power.  The hashrate tokens liquidity gets an extra boost due to their ability to be integrated with cross-chain DeFi protocols such as: DEX’s, Polkadot Loan Protocols, Ethereum Chain, Huobi ECO Chain, Binance Smart Chain,…

What is MNET Token?

MNET is a native token of the MINE Network ecosystem, operating on Ethereum according to ERC20 standard, and can be used to: