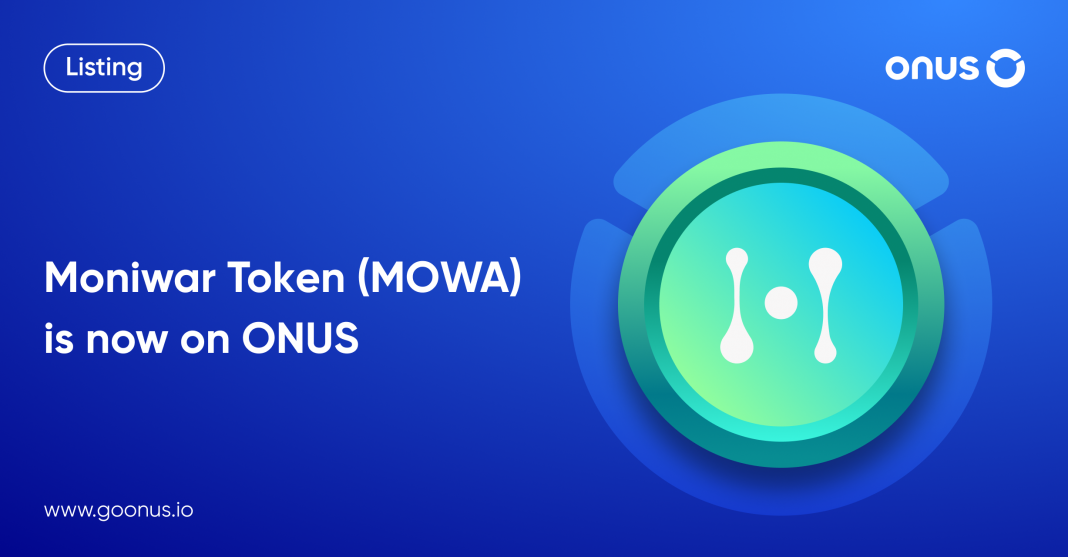 From December 20th, we officially list Moniwar Token (MOWA) on the ONUS application, according to the following progress:

Note: According to MOWA’s smart contract, besides the gas fee, users need to pay an additional 1% fee when making each transaction. MOWA will use 80% of the fees collected to reinvest in the play-to-earn economic model in the game.

Moniwar is a project inspired by the popular worldwide game, Battle of Legends. This project aspires to create novel entertainment experiences in video games while taking advantage of NFT and DeFi on the blockchain. In Moniwar’s Metaverse, players can interact with NFT in the virtual world, breaking all spatial barriers and creating a unique highlight compared to other games on the market today.

What is MOWA Token?

MOWA is a native token of the Moniwar ecosystem, operating on Binance Smart Chain according to BEP20 standard, and can be used to: