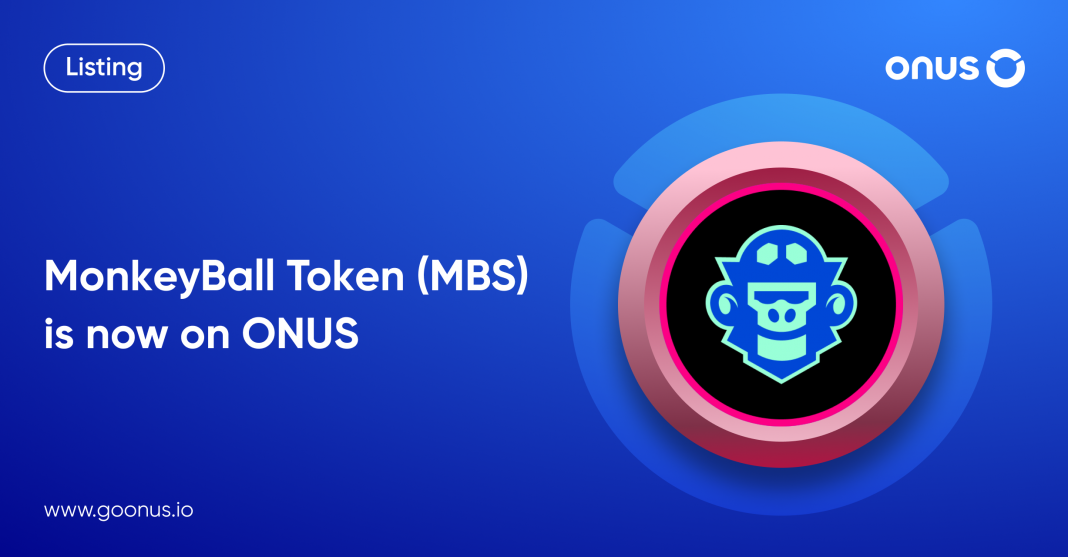 From January 11th, we officially list MonkeyBall Token (MBS) on the ONUS application. Soon after MBS is added, users can perform the following features:

MonkeyBall is an engaging, exciting Play-to-Earn esport game that allows players to experience the game and generate profits by completing missions and winning matches. MonkeyBall sits at the intersection of FIFA Street and Final Fantasy. The game is being developed on the Unity game engine, allowing it to be eventually deployed on both Desktop and Mobile.

In MonkeyBall, players will build a team of 4 Monkeys to participate in football matches. Matches are played between two teams in Stadiums, owned by players, and can be watched by other players, known as Spectators. Monkeys are the team’s players, introduced by NFT assets owned by game players. Monkey NFTs are not simply a beautiful and rare collectible, they are an in-game asset that affects the ability to play and win matches. Each Monkey NFT has a unique DNA composed of its’ Appearance, Trainable Abilities, and Special Moves. Monkeys’ elements influence their abilities and also dictate in which position each will perform better. Rare Monkeys will have higher factors in a specific role compared to other, more common Monkeys.

What is MBS Token?

MoneyBall (MBS) is a native token of the MonkeyBall ecosystem, operating on Solana according to SLP20 standard. MBS is the in-game currency powering the game economy and can be used for the following purposes: