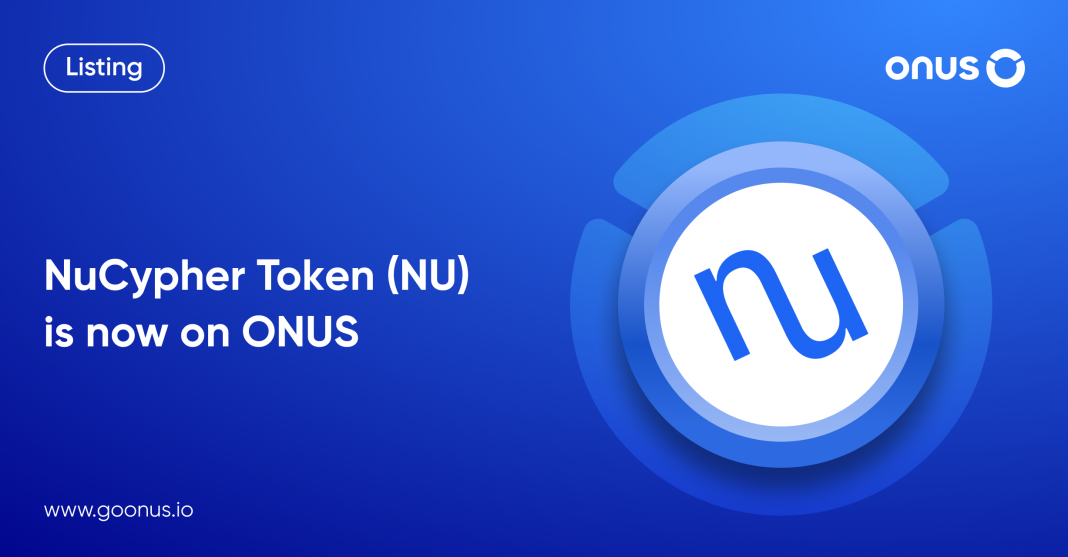 From November 23th, we officially list NuCypher Token (NU) on the ONUS application. Soon after NU is added, users can perform the following features:

Mikhail Egorov and MacLane Wilkison co-founded NuCypher. Egorov is the founder of Curve, a security researcher, physicist, and scientist from the Moscow Institute of Physics and Technology. Co-founder MacLane is a software engineer and the CEO of NuCypher. In addition, NuCypher’s team are also experienced cryptographers and computer scientists.

What is NU Token?

NU is a native token of the NuCypher ecosystem, operating on Ethereum according to ERC20 standard, and can be used to: