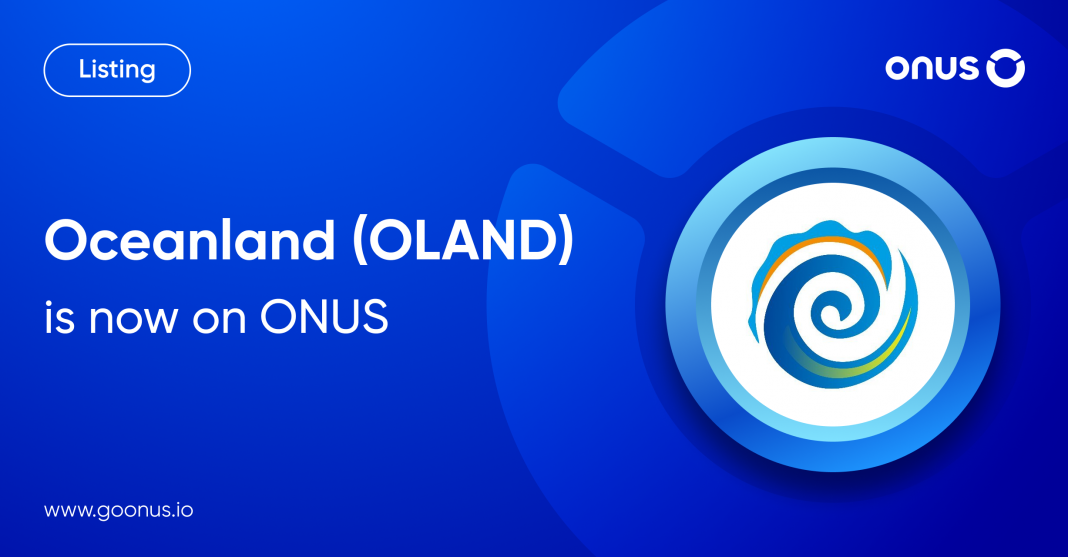 From June 8th, we officially list Oceanland Token (OLAND) on the ONUS application. Soon after OLAND is added, users can perform the following features:

Oceanland is a play-to-earn survival game built on the blockchain platform, allowing players to collect resources, build tools, trade goods with other players and explore an adventurous island. The players earn income by gathering resources required for the main character. The game story revolves around a man, who is the lone survivor of a shipwreck, washes ashore to an unknown mysterious island where he must gather necessary resources (food, water, wood and metal) to survive. Players can use these resources to craft NFT tools in the game. NFTs can be obtained through crafting, trading and staking. Players can also upgrade your crafted lowest level NFTs. NFT minting by swapping, staking, and farming several other tokens will also be available.

What is OLAND Token?

OLAND is a native token of the Oceanland ecosystem, operating on BNB Smart Chain according to BEP20 standard, and can be used to: