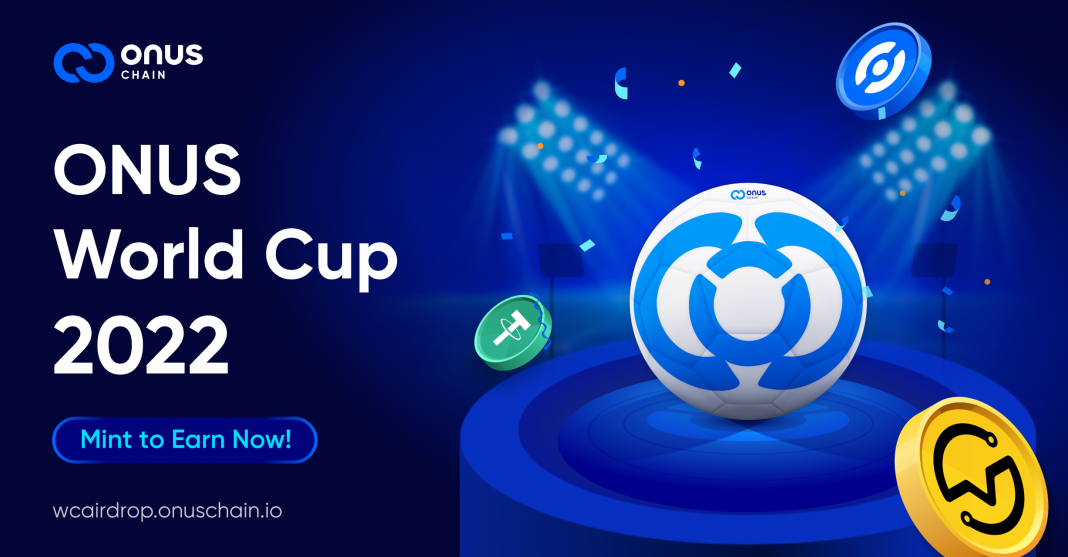 To increase the attractiveness of the event, the ONUS Foundation will upgrade the rules and payout mechanism for the ONUS World Cup NFT: Free Mint, Win Prizes event. Valid from 10:00 UTC on November 24, 2022.

To celebrate the biggest FIFA World Cup of 2022, ONUS Chain organized a special event that allows users to mint NFT for free to cheer for their favorite team and have an opportunity to win attractive rewards.

Free mint your NFT at: https://wcairdrop.onuschain.io/

In addition to minting to own NFT, users can also buy the NFT of their favorite team on the ONUS NFT Marketplace.

During the group stage, each match was sponsored by the ONUS Foundation with a bonus pool of 1000 ONUS.

Note: In the group stage, each group will eliminate 2 teams. After the group stage is over and before the knockout stage begins, the prizes of the eliminated teams will be added to the group’s reward pool as parting gifts for the two winning teams (referred to as Farewell Gifts).

Group A includes Qatar, Ecuador, Senegal, and the Netherlands with the following NFT numbers (recorded in the 31st minute of the last match of Group A)

Same with the remaining group.

Players who own the German NFT will be:

Due to the lack of Farewell gifts, in the Quarterfinals, each match was sponsored by the ONUS Foundation with a reward pool of 2000 ONUS. The pool of rewards will be equally divided among the NFT holders of the winning team.

In the Semi-Final Round, each match was sponsored by the ONUS Foundation with a bonus pool of 6000 ONUS. The pool of rewards will be equally divided among the NFT holders of the winning team.

The 2 teams competing for 3rd place will no longer have pool rewards because they were eliminated in the previous round. ONUS Foundation donates 10,000 ONUS to the winning team.

In addition to the minted NFT reward, the ONUS Foundation donates an additional 20,000 ONUS to the World Cup winning team.

The new mechanism officially comes into effect at 10:00 UTC on November 24, 2022. Prior to this time, users will be distributed rewards according to the old mechanism, specifically:

ONUS World Cup NFTs are tokens released on the ONUS Chain. For each of the 32 national football teams who earn a spot in the FIFA World Cup 2022, you can mint up to 3 NFTs. Holding NFTs of your favourite teams means supporting them in winning the World Cup 2022. The value of the football clubs’ NFTs will increase in worth on the secondary market after every victory. If you believe that the appropriate time has come to collect prizes, just sell their NFTs.

Supporters only need to invest 4 USDO or 5 USDT or 125.000 VNDC for each mint. After the World Cup 2022 is over, staked funds may be entirely redeemed. NFT Market Place also sells NFTs of football teams. Please be aware that the smart contract for the World Cup NFTs is 0xeffac8db5b8558af7f5701e14fe36665476df1b8. It is always a good idea to double-check the address to ensure you are purchasing the correct NFTs.

ONUS Foundation increases the prize pool by 1 ONUS for each NFT minted. The money from the losing teams will be added to the victorious teams’ during the knockout stage. As more players join the game, the prize pool will gradually boost. The winning teams from the fourth-place upwards will share the prize money following predetermined ratios.

Participants may redeem their stakes on 12/20/2022 at 10:00 (UTC). Prize money and staked funds shall be easily collected in one transaction. 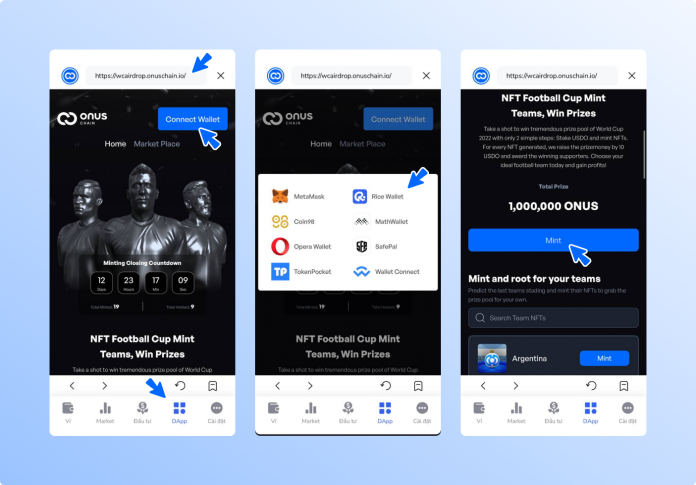 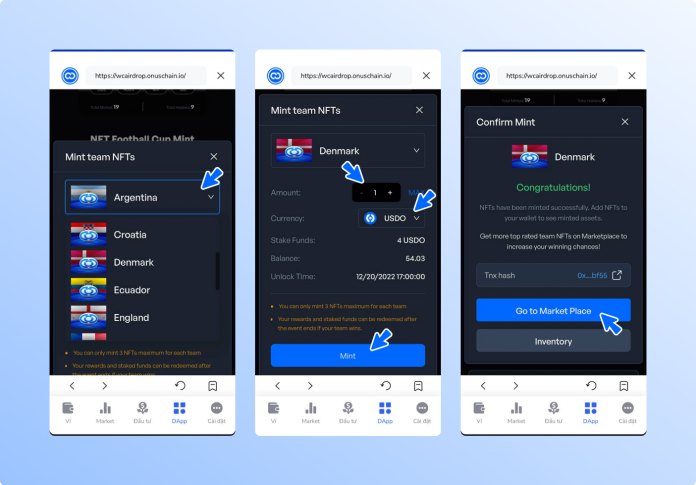 Otherwise, you can mint your NFT on the Web or using Browser in Metamask.

How to mint NFT using Metamask on the website 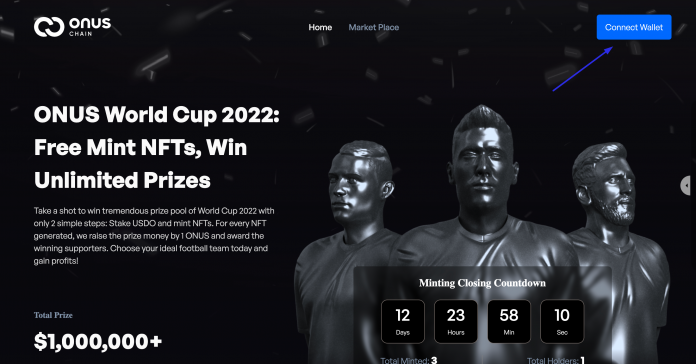 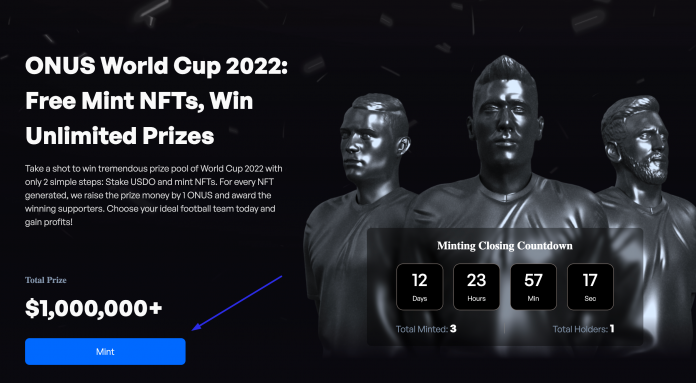