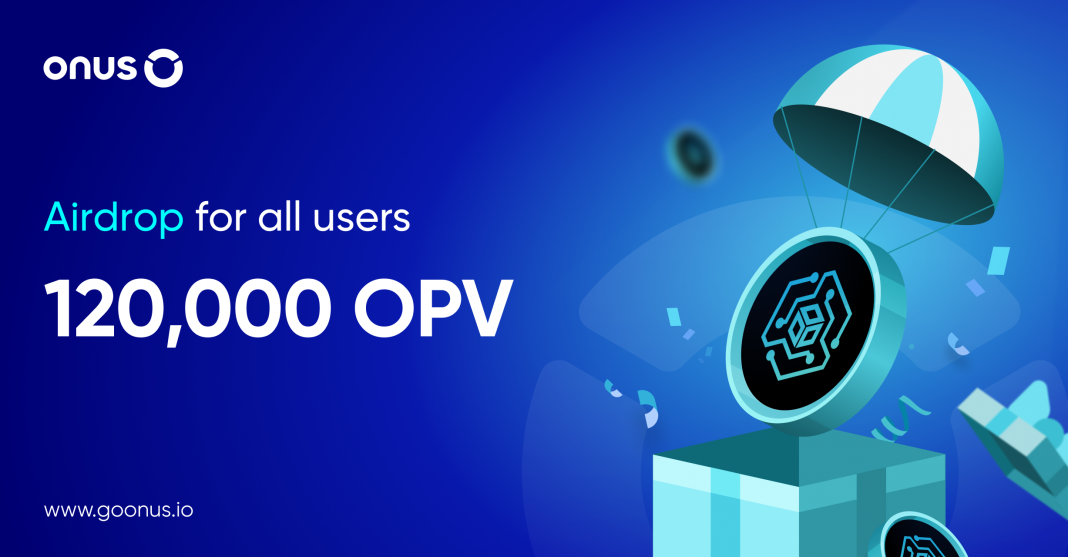 OpenLive NFT is a pioneering NFT Marketplace platform in the Vietnamese market, aiming to become a bridge to spread Vietnamese cultural identity around the world.

In order to share ownership of OPV tokens to the ONUS community before listing OPV at 09h00 AM UTC on September 20, 2022, ONUS cooperated with OpenLive NFT to organize an Airdrop event: Giving away 120,000 OpenLive NFT (OPV) rewards to users, equivalent to 370,000,000 VNDC.

Specifically, the first 20,000 people logging into the ONUS app from 07:00 AM UTC on September 19 will share the total reward of 120,000 OPV. Users with VIP1 or higher level are eligible for the program.

Note: Please visit the App Store or Google Play to update the app to the latest version to receive rewards.

OpenLive NFT is a decentralized NFT Marketplace platform developed by a Vietnamese team with many years of experience working in the blockchain field. The goal of OpenLive NFT is to become a platform that allows users to create, store and exchange NFT assets.

OpenLive NFT is more than just a digital asset trading platform; it is also a place to preserve and protect Vietnamese cultural heritage. OpenLive NFT uses blockchain technology to identify works of art as NFTs, making them unique digital assets with only one owner. Furthermore, OpenLive NFT enables creators to sell their works through public auctions. Thus, the works of art will be kept and preserved in perpetuity, serving as a bridge to spread Vietnamese cultural identity throughout the world.

OPV is a native token of the OpenLive NFT ecosystem, operating on Binance Smart Chain according to BEP20 standard, and can be used to: