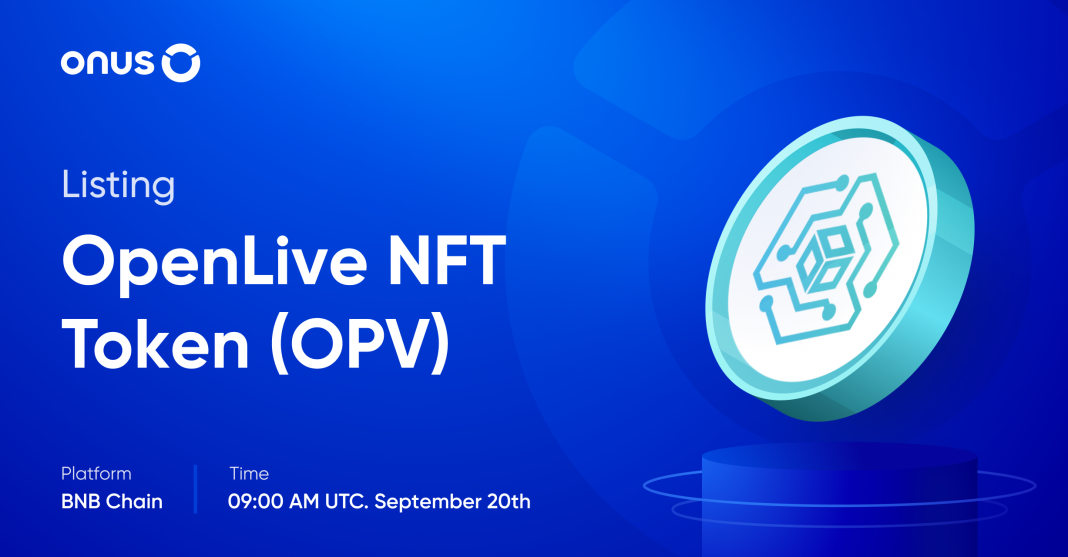 Starting from 09:00 AM UTC on September 20th, we officially list OpenLive NFT Token (OPV) on the ONUS application. Soon after OPV is added, users can perform the following features:

OpenLive NFT is a decentralized NFT Marketplace platform developed by a Vietnamese team with many years of experience working in the blockchain field. The goal of OpenLive NFT is to become a platform that allows users to create, store and exchange NFT assets.

OpenLive NFT is more than just a digital asset trading platform; it is also a place to preserve and protect Vietnamese cultural heritage. OpenLive NFT uses blockchain technology to identify works of art as NFTs, making them unique digital assets with only one owner. Furthermore, OpenLive NFT enables creators to sell their works through public auctions. Thus, the works of art will be kept and preserved in perpetuity, serving as a bridge to spread Vietnamese cultural identity throughout the world.

What is OPV Token?

OPV is a native token of the OpenLive NFT ecosystem, operating on Binance Smart Chain according to BEP20 standard, and can be used to: