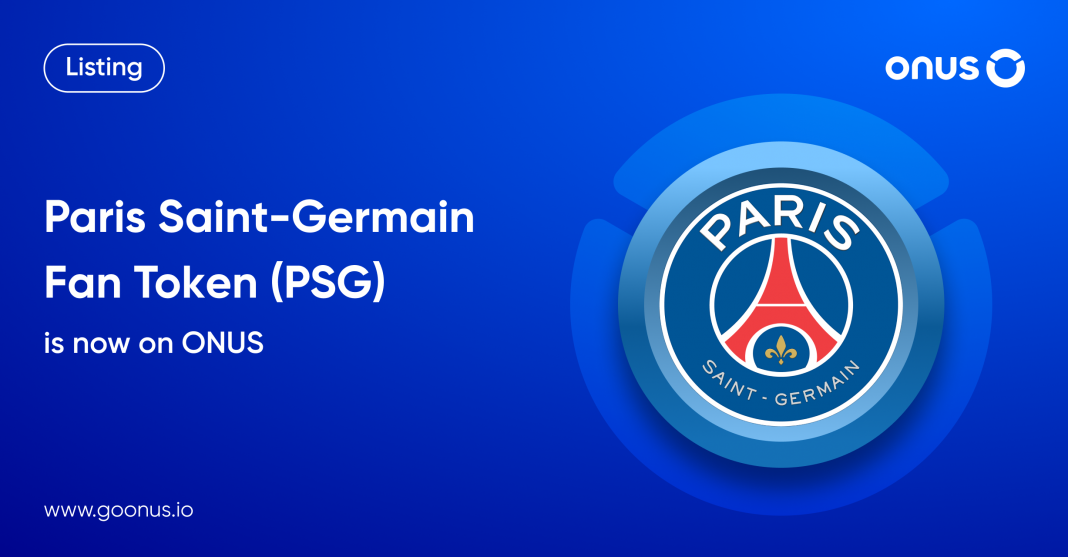 From May 19th, we officially list Paris Saint-Germain Fan Token (PSG) on the ONUS application. Soon after PSG is added, users can perform the following features:

Paris Saint-Germain Football Club commonly referred to as Paris Saint-Germain, PSG, Paris or Paris SG, is a professional football club based in Paris, France. They compete in Ligue 1, the top division of French football. Paris Saint-Germain Football Club is the France’s most successful club as they have won over 40 official honours, including nine league titles and one major European trophy. Their home ground is the Parc des Princes. Founded in 1970, the Parisians won their first major honour, the French Cup, in 1982 and their first Ligue 1 title in 1986. The 1990s was among the most successful periods in PSG’s history; they claimed a second league, three French Cups, two French League Cups, two French Super Cups and the UEFA Cup Winners’ Cup in 1996.

What is PSG Token?