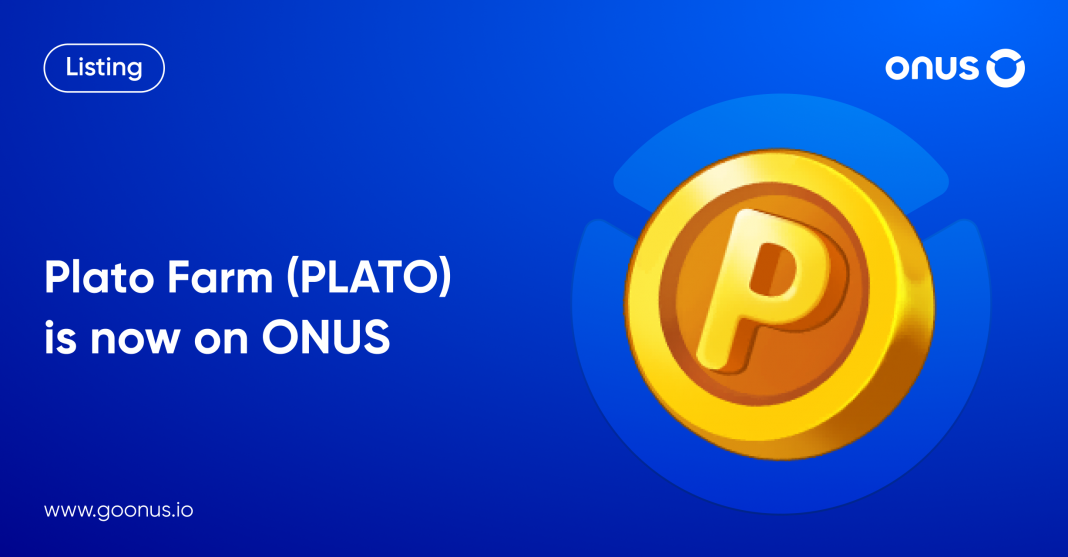 From 14:10 UTC on April 22nd, we officially list Plato Farm Token (PLATO) on the ONUS application. Soon after PLATO is added, users can perform the following features:

Plato Farm is a metaverse that uses blockchain technology to simulate the evolution of human civilization. Plato Farm aims to build a Plato utopia in meta-universe, a country of fairness, equality, autonomy and happiness, where players can use labor and wisdom to expand their homes from scratch, accumulate wealth, connections and prestige, develop social groups, build organizations, and form a larger and more efficient social operation system.

Plato Farm project was developed by Second Space Studio and launched in 2018. The core members of the project have developed and operated a wide range of large-scale online games and come from world-renowned game teams and blockchain developers such as Jurassic World Evolution, Frostpunk and Farm Together. Plato Farm has achieved great success in the North American market, which attracts two million users and over 200,000 DAUs.

What is PLATO Token?

PLATO is a native token of the Plato Farm ecosystem, operating on BNB Smart Chain according to BEP20 standard. It can be used to exchange rare NFT props and basic production materials (land, factories, and farms, etc.) or upgrade to unlock more items. Players can obtain PLATO through trading in the market or MARK staking. The more PLATO players hold, the higher status they are in the game with more permissions. 50% of the team’s revenue will be burned to maintain the PLATO deflation.