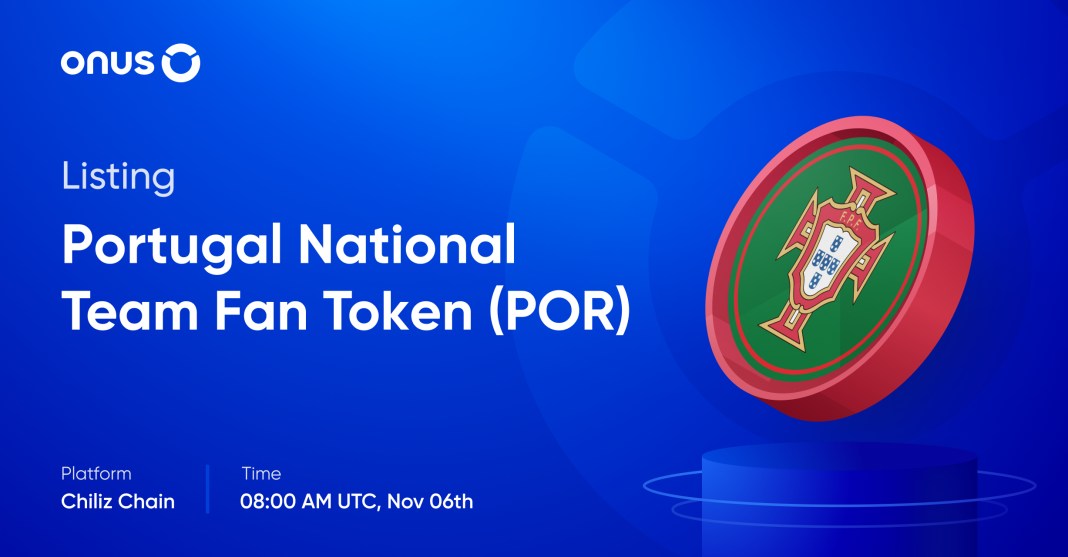 From 08h00 AM UTC on November 6th, we officially list Portugal National Team Fan Token (POR) on the ONUS application. Soon after POR is added, users can perform the following features:

One of the big names in world football, Portugal is the reigning European champion and also won the UEFA Nations League in 2019.

Portugal is a team in the past and present that always has a strong fan base around the world. In particular, with the last appearance of football superstar Cristiano Ronaldo, the attraction of the Portuguese team became hotter than ever.

What is POR Token?

POR is a cryptocurrency and operates on the Chiliz platform, reaching an all-time high of $6.55 on September 23, 2022.