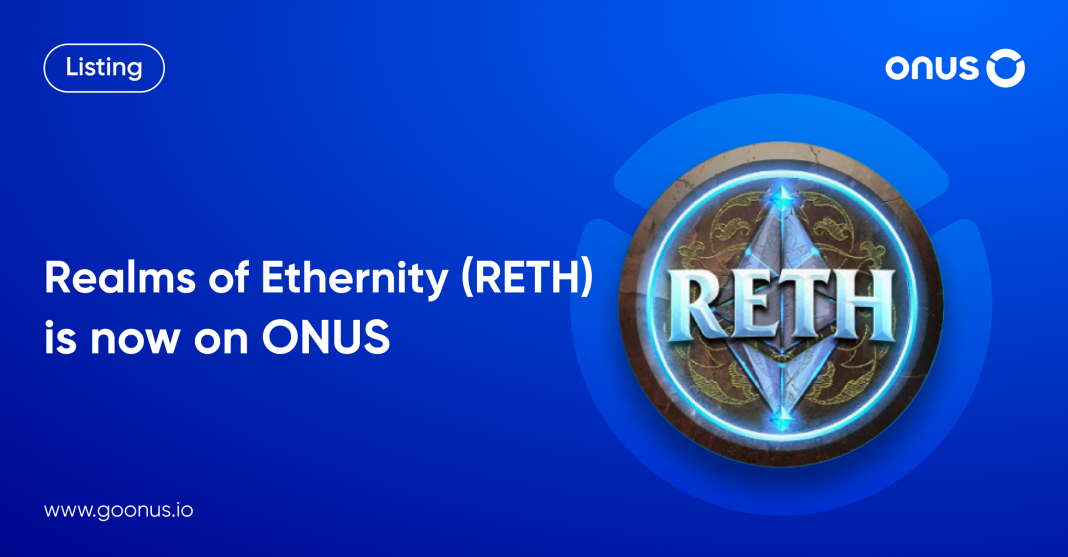 From May 22th, we officially list Realms of Ethernity Token (RETH) on the ONUS application. Soon after RETH is added, users can perform the following features:

About Realms of Ethernity

Realms of Ethernity (RoE) is an immersive next-generation AAA MMORPG game powered by blockchain and existing in an exciting World of Warcraft-inspired open-world metaverse. Realms of Ethernity is built on Polygon and developed by Blue Monster Games, a Florida-based company that develops video games using NFT technology. The game offers numerous exciting options for players to engage in rewarding gameplay, from exploring dungeons, fighting monsters and battling other players to contributing to the creation of the RoE metaverse with opportunities to earn token rewards for efforts and contributions. Players can perform missions such as mining precious metals and minerals, collecting crafts and materials, forging in-game items, upgrading characters by purchasing skins, weapons, and many more…

Unlike other play-to-earn games, Realms of Ethernity gives players complete ownership over their in-game progress. By introducing a wide variety of races for players to role-play in RoE, Realms of Ethernity also allows players to customize the appearance of their avatars (based on the race’s fundamental traits) and create their unique appearance, as well as base attributes of their character upon starting the game. Once complete, these avatars will be minted as NFTs and the created 3D characters will be validated for in-game adventuring.

What is RETH Token?

RETH is a native token of the Realms of Ethernity ecosystem, operating on Polygon according to ERC20 standard, and can be used to: