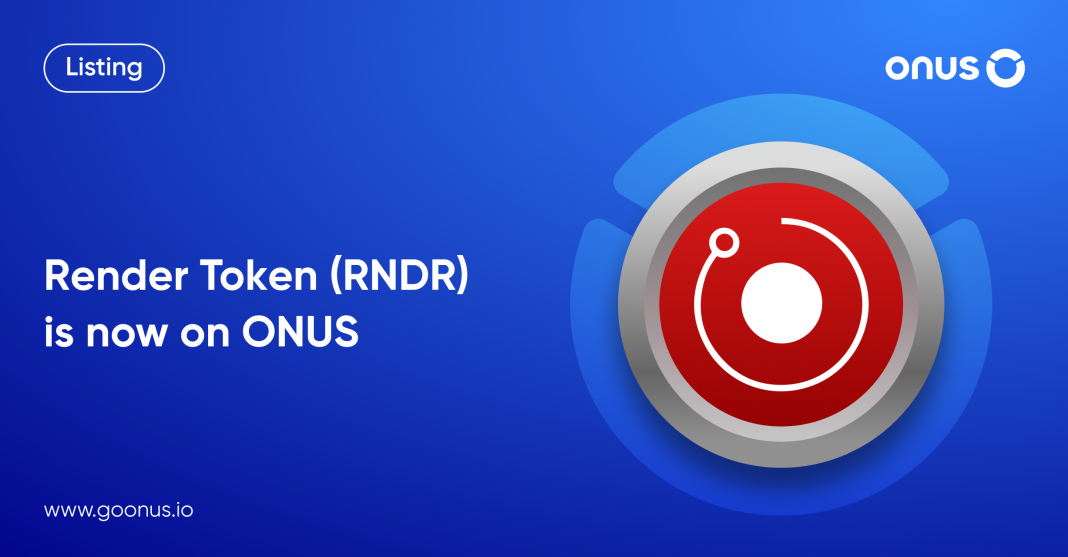 From November 30th, we officially list Render Token (RNDR) on the ONUS application. Soon after RNDR is added, users can perform the following features:

Render Network is a GPU network built on the Ethereum blockchain, aimed at creators, designers, and artists who need to render their work with a GPU (Graphics Processing Unit—processor graphics are used a lot in 3D design). This network provides cloud renderings for users to consume the service, leverage the computing power of the GPU, and improve work efficiency. In addition to processing images, GPUs are also used in dApps, game programming, video editing, etc.

What is RNDR Token?

RNDR is a native token of the Render Network ecosystem, operating on Ethereum according to ERC20 standard, and can be used to: