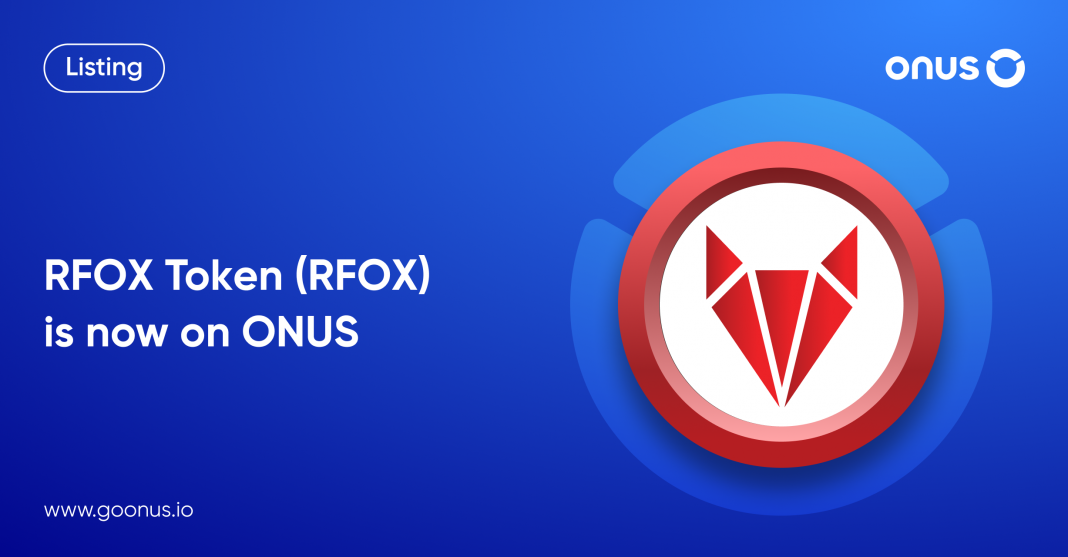 From December 13th, we officially list RFOX Token (RFOX) on the ONUS application. Soon after RFOX is added, users can perform the following features:

RFOX is a blockchain venture builder to develop innovative and scalable solutions for high-growth technology companies. RFOX’s primary operating market in Southeast Asia is experiencing rapid growth in the Internet economy in areas such as e-commerce, video games, e-travel, and many others.

RFOX aims to become a global leader in immersive technology, focusing on retail, entertainment, rewards, and community experiences, by empowering all players to create and monetize in a borderless metaverse.

What is RFOX Token?

RFOX is a native token of the RFOX ecosystem, operating on Ethereum according to ERC20 standard, and can be used to: