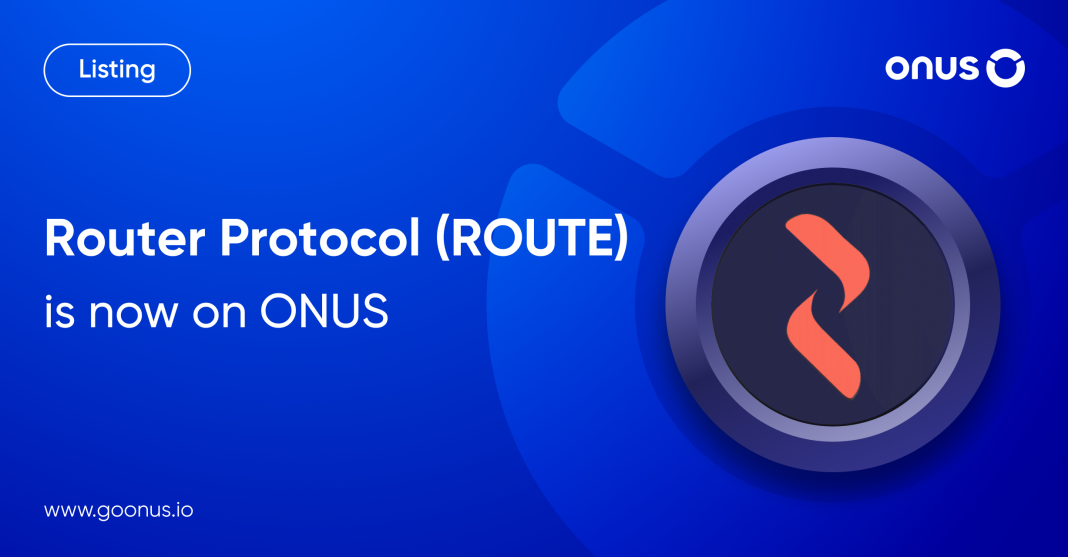 From June 9th, we officially list Router Protocol Token (ROUTE) on the ONUS application. Soon after ROUTE is added, users can perform the following features:

Router Protocol is a crosschain-liquidity aggregator platform that was built to seamlessly provide bridging infrastructure between current and emerging Layer 1 and Layer 2 blockchain solutions. The goal is to enable users to swap their assets from different networks seamlessly in a near-instant and low-cost manner. In addition, Router Protocol provides not only a swapping solution for end-users but also a platform that allows developers to build their products. Router Protocol enables:

What is ROUTE Token?

ROUTE is a native token of the Router Protocol ecosystem, operating on Ethereun according to ERC20 standard, and can be used to: