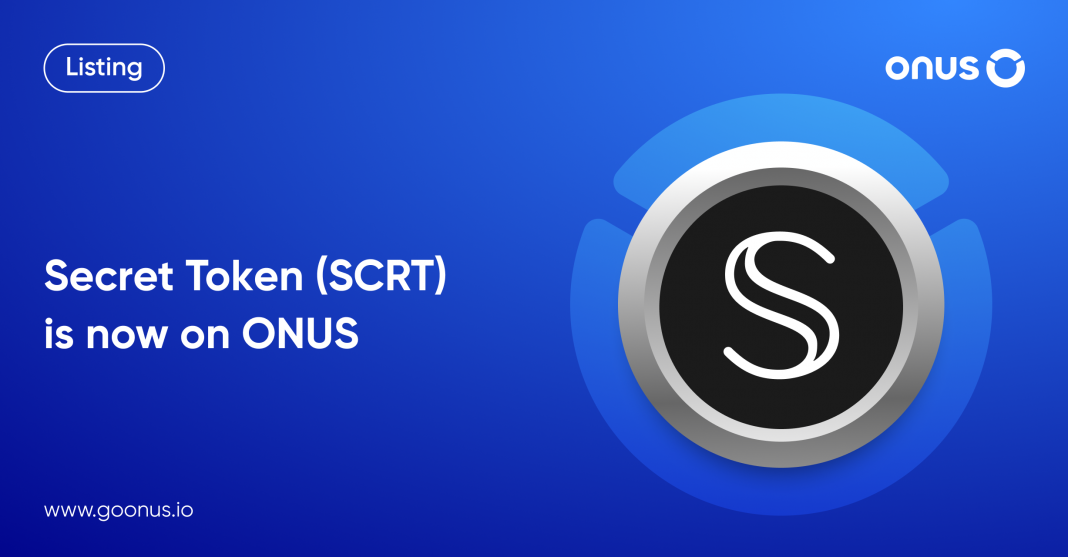 From January 21th, we officially list Secret Token (SCRT) on the ONUS application. Soon after SCRT is added, users can perform the following features:

Secret Network is a layer one solution built with the Cosmos SDK, leveraging proof-of-stake (PoS) using Tendermint’s Byzantine fault-tolerant consensus algorithms. The project was founded in 2017 and officially went live on February 13, 2020 under the name of Enigma to bring a second-layer private computation solution to Ethereum.

What is SCRT Token?

SCRT is a native token of the Secret Network ecosystem and can be used to: